Refugees diverted to other states after HSE declines medical care 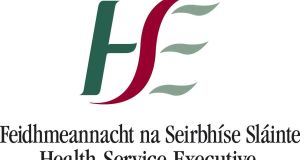 In five cases involving programme refugees since 2011, the HSE when asked to provide treatment in the Irish health service did not do so, it has confirmed.

A number of refugees due for resettlement in Ireland have been diverted to other countries after the Health Service Executive said they would not be offered medical treatment here.

In five cases involving programme refugees since 2011, the HSE when asked to provide treatment in the Irish health service did not do so, it has confirmed. “The HSE reviews the medical details of these people before they travel. In cases where treatment was not offered in Ireland, it was felt that it was not in the best interest of the applicant. These cases are then referred to another country for consideration,” a spokeswoman said.

Over the same period, it has treated 15 programme refugees with medical needs and it hopes to treat five more this year.

Difficulties in the plans for medical treatment of a number of programme refugees have emerged in the minutes of the HSE’s intercultural health governance committee, obtained by the Medical Independent.

These show two Syrian child refugees were initially declined treatment at Our Lady’s Children’s Hospital, Crumlin, due to resource constraints last year. The incident was resolved following the intervention of the HSE.

According to the minutes, the hospital pointed to the expense of treating one of the children - approximately €250,000 -as one of the factors why it was unable to accept the patients. The decision was subsequently rescinded following the intervention of the then HSE national director of acute services, Mr Ian Carter.

The hospital said it “would not be a position to take such children for a further two years thereafter,” according to the minutes.

Programme refugees have been invited to live here by the State under the auspices of the UN Refugee Agency’s Resettlement Programme.

Almost 280 programme refugees from various countries were received by Ireland between 2011 and 2014.

According to the HSE, 90 Syrian refugees were resettled in this country since October 2014. A further 220 refugees are expected to arrive in 2015 and in 2016.