No borrowings against land proposed for maternity hospital 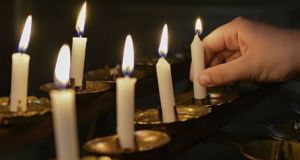 There are no borrowings against the land on which the proposed new National Maternity Hospital is to be built, a spokeswoman for the St Vincent’s Healthcare Group (SVHG) has confirmed.

The new hospital is to be provided out of public funds, but will be in the sole ownership of the SVHG owned by the Sisters of Charity. The group is contributing the site for the project on the St Vincent’s hospital campus at Elm Park, Dublin.

There have been calls for the compulsory purchase by the State of the land so the hospital could be publicly owned.

A spokeswoman for the SVHG confirmed the land earmarked for the hospital is owned by the group rather than the congregation, but is not covered by any of the mortgages registered against the group.

The constitution of the SVHG says its main objects are to provide medical and nursing services “through the continuance and furtherance of the ethos, aims and purposes of the Congregation of the Religious Sisters of Charity”.

The spokeswoman did not respond to a query as to whether the donation or sale of the land to the State might be contrary to the constitution of the SVHG.

The order has 213 members, with an average age of 76 years. The SVHG constitution states that if the company is dissolved its property should be transferred to a charitable institution “having main objects similar to the main objects of” the SVHG.

Many religious congregations in Ireland have put in place plans to transfer their property to trusts which would be charged with continuing to use the property for the purposes pursued by the congregations.

The Religious Sisters of Mercy, which owns the Mater hospital in Dublin as well as other properties, has a clause in its constitution very similar to that of the Sisters of Charity.

The Christian Brothers have transferred ownership of their schools to a trust, the Edmund Rice Schools Trust, which owns 96 schools in the Republic.

The trust, which was established in 2008, is charged with operating the schools in the tradition of Edmund Rice, the founder of the Christian Brothers. The chairman of the trust is the President of the High Court Peter Kelly.

Five Catholic congregations involved in post-primary education – the Daughters of Charity, Presentation Sisters, Sisters of the Christian Retreat, Sisters of Mercy, Missionaries of the Sacred Heart – have established the Catholic Education, Irish Schools Trust, (Céist) to provide “a new moral and legal trustee framework enabling their schools to continue to offer post-primary Catholic education into the future as a viable option”.

The trust, which was established in 2007, has responsibility for 110 schools. Its board includes the Independent Senator Ronán Mullan.

The Céist website says the decline in the number of people entering religious life and a concern that “Catholic education should continue to be a viable option for people in a changing Ireland” were among the reasons for its establishment.