More than 3,500 women from Ireland had UK abortion 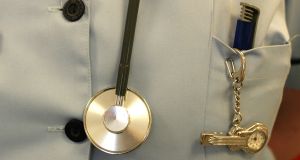 More than 3,500 women from Ireland had an abortion in Britain last year.

Over 3,500 women from the Republic of Ireland travelled to Britain for abortions last year, according to official figures released by the British Department of Health this morning.

In all, there were 5,469 abortions to women resident outside England and Wales, compared with 5,850 in 2012 – 67 per cent of them came from the Republic, while 15 per cent were from Northern Ireland.

The Irish numbers are “a modern indictment of the State’s treatment of women with unplanned or unwanted pregnancies”, the Irish Family Planning Association declared this morning.

The numbers reported from the Republic are an under-estimation of the real figures, since some women will not provide their home addresses in Ireland to clinics.

However, the number of abortions carried out in Britain on foreign women – not just Irish – is now at its lowest level since 1969.

The 185,000 abortions performed on British women is now at its lowest level on a percentage basis – bearing in mind the increase in population – since 1997.

However, it is still double the rate of 7.8 per 1,000 British-resident women that occurred in 1970, according to the statistics released by the Department of Health.

Abortions are being out carried earlier, the statistics reveal: 79 per cent were carried at under 10 weeks, compared to 77 per cent in 2012 and just 58 per cent a decade ago.

The percentage of women having an abortion in 2013 who had one or more previous abortions varies by ethnic group, according to the statistics which are produced annually.

“Since 1980, over 158,252 women have had to make the journey to the UK to access abortion,” declared the chief executive of the Irish Family Planning Association, Niall Behan.

“Every day our clients tell us about their experiences of being abandoned by the Irish health care system and forced to rely on the services of another country.”

“These women are not criminals but the law treats them as such because they are seeking a service that is illegal in almost every circumstance in Ireland,” he went on.

Ireland’s ban on abortion “does not deter women from seeking an abortion but it does act as a barrier to receiving care”, leaving Irish women to be treated as second-class citizens.

“Every abortion is an immense human tragedy but the huge drop in numbers travelling to Britain for abortion over the past 12 years is a positive development,” said deputy chairperson of the group, Cora Sherlock.

“While it is difficult to draw firm conclusions, a recent report from the HSE/Crisis Pregnancy Programme showed an increase in the number of women expressing abortion regret. In that study, 44 per cent of women expressed varying degrees of regret about their abortions up from 33 per cent in a similar HSE study in 2003.”