The hospital in Cork has repaid the €22,000 received from scheme for deprived people 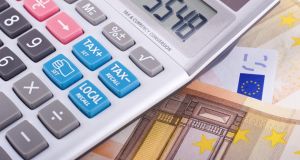 Mercy hospital had applied for the aid on the basis that it was a charity and a not-for-profit entity.

Mercy University Hospital in Cork obtained primarily free cheese, but also rice and butter through the EU Food Aid Scheme from 2010 to the end of last year.

The food valued at just under €22,000 was used at the hospital’s inhouse catering department to feed public and private patients. The 350-bed hospital repaid the money last week and has ceased participation in the scheme.

Set up by the European Union in 1987 to provide food using agricultural surpluses, the €500 million scheme allocates €2.5 million to Ireland, which is administered by the Department of Agriculture.

Mercy hospital applied for the aid on the basis that it was a charity and a not-for-profit entity.

In a statement to The Irish Times the hospital, which is largely funded by the HSE, said it originally understood it was eligible for the scheme. As a city centre hospital treating “mostly public patients, there was a belief historically that the hospital complied with its terms and conditions”, it said.

“During the four years it was involved in the scheme, Mercy University Hospital complied with all the record-keeping and reporting requirements of the scheme,” the hospital said.

The spokesman for the hospital also said it took some time to repay the value of the goods “in full” as there had been considerable exchange of correspondence with the Department of Agriculture.

A spokesman for the Department of Health said it would not stand over the hospital’s actions, but it was advised the hospital believed its participation in the scheme was appropriate and, therefore, undertaken in good faith.

He also said the department would not be “routinely involved” in such issues and it was for the HSE to issue guidelines to hospitals.

A spokeswoman for the HSE said none of its hospitals could avail of the scheme as they were not registered charities and the HSE was “unaware at this point in time” whether other voluntary hospitals funded by it had taken part in the scheme.

Asked whether other hospitals in the State might be participating in the scheme, a spokeswoman for the Department of Agriculture said that data was not available over the weekend.