Legal costs in Ireland are now highest in western world 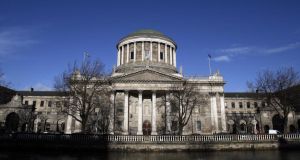 The Medical Protection Society is pressing for legal changes to limit the rising cost of medical negligence. Photograph: Chris Maddaloni/Collins

The payment of massive damages to the victims of medical negligence has become a familiar story from the Four Courts in recent years. Earlier this month, for example, a disabled boy who suffered brain damage at birth was awarded €13.5 million.

What attracts less attention are the legal costs attached to such claims and the wider burden on society arising from escalating costs in these cases.

Private medical consultants, who have seen the cost of their indemnity cover increase by up to 60 per cent this year because more of them are being sued and bigger awards are being made, are intensely aware of the trend. Some, who were working privately as obstetricians, have already thrown in the towel.

For others working in other high-risk specialties, escalating indemnity costs are just another reason to join the brain drain and work abroad.

The UK-based Medical Protection Society (MPS), which provides indemnity cover for most Irish consultants, says Irish legal costs are far higher than anywhere else in the western world.

The society, which is pressing for legal changes to limit the rising cost of medical negligence, has drawn up a report which contains many examples of what it claims is excess billing by lawyers.

These include: nA recent case where general damages for unsatisfactory plastic surgery were assessed at €200,000, when the appropriate award for a similar injury in England would be €50,000- €101,000.

n A case where a judge ordered general damages of €300,000 when the MPS was “reasonably advised” they should have been assessed at €150,000

Tiernan says doctors are “living in fear” of being sued because of the length of time the process takes. “We don’t believe the rise in claims and claim costs reflects a deterioration in standards. If anything, medicine has become safer, more predictable, with better outcomes.”

1 Thousands may get upgrades as errors in Leaving Cert calculated grades system identified
2 US presidential debate: who won, was it any good, were there any surprises?
3 Dublin needs ‘significant improvement’ in Covid case numbers, Oireachtas committee hears
4 CPE superbug being detected at record levels, says HSE
5 US election: Joe Biden and Donald Trump clash in chaotic presidential debate
Real news has value SUBSCRIBE