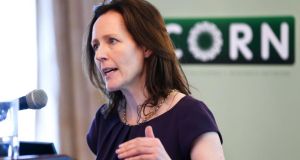 
Irish scientists have identified a number of hepatitis C cases among “health tourists” who had dental work or cosmetic surgery carried out overseas, as well as among people receiving tattoos using unhygienic equipment.

Cases of hepatitis C have been reported among people who travelled to Hungary, Romania, Bulgaria and South Africa for dental treatment, according to Prof Suzanne Norris, consultant hepatologist at St James’s Hospital.

The number is understood to be small, but more cases are likely as most people with hepatitis C are unaware they have it. Of the estimated 50,000 people in Ireland infected, only 12,000 cases have been diagnosed. No cases of transmission have been reported as a result of dental or cosmetic treatment carried out in Ireland.

Prof Norris, head of the Irish hepatitis C Outcomes Research Group (Icorn), and the Irish Haemophilia Society yesterday called on the Government to begin mass screening and awareness programmes that would identify all those infected by the condition.


New therapies
Scientists are close to being able to eradicate the disease, she said, and new drug therapies are more effective, easier to take and have fewer side-effects.

Since Minister for Health James Reilly last year approved two new “superdrugs” to treat hepatitis C, cure rates have doubled to 80 per cent. This is set to increase to 95 per cent as new therapies become available shortly. “This is a very exciting time in our research. We are very close to a cure,” she said. “The Minister has been very supportive in addressing the challenge of hepatitis C and what is now required is a decision by Government to make the eradication of this disease a key priority.”

It was essential to identify cases as early as possible, before people’s condition worsened, she said. One-third of people with the disease will develop cirrhosis of the liver and each year 4 per cent of these will develop liver cancer.


Blood tests
In the US and Germany, she pointed out, awareness campaigns are run through GPs. People are encouraged to have their blood tested and if this showed signs of liver inflammation, to consider whether they had any risk factors. Further testing can establish whether hepatitis C is present.

Brian O’Mahony, chief executive of the Irish Haemophilia Society, described the disease as a “silent epidemic” because of the absence of clear symptoms but said he was hopeful it would be eradicated.
Hepatitis C, a blood-borne virus, is traditionally linked to intravenous drug use.

Prof Norris said the disease can be passed on through even a single exposure to the infection.

This means that people who sniffed cocaine or heroin could catch the disease if the paraphernalia used was infected, for example through another person’s nosebleed.

Also at risk are those who were exposed to infected blood products before screening for hepatitis C started in 1992. Treatment costs between €28,000 and €50,000 per patient over a period ranging from six to 11 months, but since last year it has been free for medical card patients.