Gay and bisexual men most likely to contract HIV in Ireland 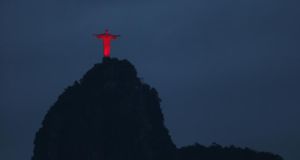 Half of all new cases of HIV in Ireland in the first half of this year have been among gay and bisexual men while the age of contraction of the disease continues to decline, new figures have revealed.

The Gay and Lesbian Equality Network (Glen) has said the issue is of critical concern and that the statistics show gay and bisexual men are now “the group most likely to acquire HIV in Ireland”.

Of 165 newly diagnosed cases of HIV in that space of time, 82 were gay and bisexual men, an increase on the 72 recorded cases for 2012.

“It is clear from the figures that HIV is an issue of growing critical concern for gay and bisexual men,” said Tiernan Brady, Director of gay HIV strategies.

He said that the age group of those most likely to contract the virus has also fallen, the median age now at 31.

“For a new generation of young gay and bisexual men, HIV has become a growing risk,” he said.

“There is a real and urgent need to educate young people and young gay and bisexual men in particular about sexual health and HIV. HIV is an easily preventable condition and our goal should be zero new cases.”

The organisation has pointed out that due to the risk level, gay and bisexual men are more likely to test for the condition and to be treated quickly.

Meanwhile, the HSE’s Gay Men Health Services (GMHS), which provides dedicated facilities in Ireland, held a community meeting on Saturday addressing a number of areas including the development of the service itself.

Its most recent findings have shown that there is an increasing demand for services with 5,850 men attending clinics in 2012.

Some 37 per cent were born abroad while 17 per cent lived outside Dublin.

The GMHS also noted that HIV testing increased by 39 per cent compared to 2011 and the number of medical consultations and STI screenings numbered 3,672.

A breakdown of proportions showed that 44 per cent of Gonorrhoea and HIV cases, 35 per cent of Chlamydia and 32 per cent of syphilis were first time attendees.