Female genital mutilation: ‘no anaesthetic before she cut me’ 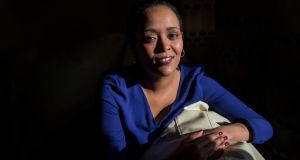 Mehret Yemane from Sudan, now living in Portarlington: “My brothers held my legs, the elder held the blade. There was no anaesthetic before she cut me.” Photograph: Brenda Fitzsimons/The Irish Times

“My brothers held my legs, the elder held the blade. There was no anaesthetic before she cut me.” Mehret Yemane is describing how, as a nine or 10-year-old in Sudan, she underwent female genital mutilation (FGM) for the fourth time in her short life.

On each occasion, the horrific procedure was carried out with the approval of her mother, by an elder respected within the community. “The woman said: ‘Last time I didn’t do a good job, I need to do more’,” Ms Yemane, who now lives in Portarlington, Co Laois, recalls.

FGM involves the removal or injuring of the female genitals with the aim of inhibiting a woman’s sexual feelings. Ms Yemane had believed FGM was performed on her twice, but her older sisters later told her it happened four times, from the age of five onwards. Her sisters also underwent the procedure, but not as often or as severely.

“Circumcising young girls is part of their culture, like a Christening,” says Ms Yemane, whose family later moved to Eritrea. There, she met and married an Irish Army officer serving with the UN, hence the move to Ireland and Co Laois a decade ago.

She tries to explain the thinking of her community in carrying out the operation. “If you’re not circumcised, you might be promiscuous, they say. It is to stop girls having urges.” She remembers the cuts taking weeks to heal and to this day, she is prone to infections. “You feel less of a woman, you feel nothing.”

Long after, she still has issues, asking why her mother would let such a thing happen to her child. On a visit to Eritrea in 2012, her mother explained that this was what had been done to her, that she did not know any better.

Irish aid agency Plan Ireland works to help eradicate FGM in African communities where the practice is carried out on up to 90 per cent of girls. “FGM has a devastating impact of the health and educational lives of girls and this in turn has a hugely negative impact on societies,” says Plan’s chief executive David Dalton.

The agency has just received a significant grant to bring its Because I am a Girl programme in Guinea Bissau, which aims to “break the silence” about the practice in communities. “FGM also keeps thousands of girls out of school every year,” Dalton adds. “This can be because parents take them out of school to attend lengthy initiation ceremonies or health complications. It can also be because once they have undergone FGM, most girls are considered ready to be married and, as a result, their schooling may be seen as less of a priority.”