There were ‘deficiencies’ in performance of medic who would not take advice, Medical Council told 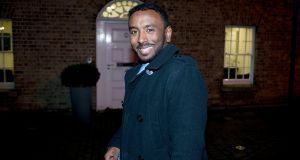 Colleagues of a doctor were so concerned he posed a threat to patient safety that he was placed on leave just two months into his placement, a Fitness to Practise inquiry heard on Thursday.

Dr Omar Hassan Khalafalla Mohamed, whose medical registration is currently suspended, faces a number of allegations before the inquiry at the Medical Council.

The allegations of professional misconduct and poor professional performance relate to events that occurred and care he provided while working as a senior house officer (SHO) at the Midlands Regional Hospital Portlaoise, Mayo General Hospital and University Hospital Galway. Dr Hassan denies the allegations.

Dr Amir Siddiqui told the inquiry there were “deficiencies” in Dr Hassan’s clinical performance, and he was “not a team player”.

Dr Siddiqui was a consultant and clinical lead in the surgery department at Portlaoise hospital during the time that Dr Hassan worked there in 2012.

Asked his opinion of the doctor’s clinical performance, Dr Siddiqui said, “Overall, it was deficient.” The deficiencies that Dr Hassan seemingly displayed are skills one would expect an intern to know, let alone an SHO, he said.

Dr Siddiqui said he and his colleagues tried to support Dr Hassan so he could become accustomed to his role and the hospital, as this was Dr Hassan’s first post in Ireland. However, Dr Siddiqui said: “As time passed, you can see more avenues and angles where there were deficiencies”.

There were numerous opportunities for Dr Hassan to take advice, but he never took advice or showed improvement, Dr Siddiqui said.

Under cross-examination, Dr Hassan who is representing himself, asked whether he himself demonstrated a pattern of aggressive behaviour during his time at Portlaoise.

“Yes, there was a behavioural problem,” Dr. Siddiqui replied.

Dr Siddiqui said that, on one day in October 2012, he went to the emergency department to look for Dr Hassan, as the nurses had told him they had been attempting to contact Dr Hassan unsuccessfully.

Dr Siddiqui said he found Dr Hassan in a break room and told him he could finish his break and then resume work.

Mr Keane said a number of problems materialised early on with Dr Hassan, both with nursing and medical staff.

He said the consultants working with Dr Hassan, concerned about his abilities, put safeguards in place early on so that he was not placed on call, and was placed under close supervision.

Dr Hassan began his six-month contract at the hospital in January 2014 but was placed on administrative leave by February 2014, due to concerns from colleagues over patient safety, according to Mr Keane.