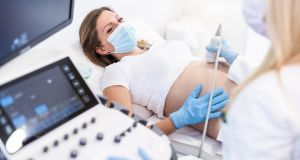 No Covid-19 maternal deaths in Ireland and a low rate of the virus among pregnant women signals that current visitor restrictions in hospitals are working, the Dáil has been told.

Amid claims that the restrictions were “bonkers”, Minister of State for Health Mary Butler insisted there could not be a one-size-fits-all approach to visitor restrictions which were decided at local level and regularly reviewed and aimed purely at protecting women and their babies.

She acknowledged the difficulty for women and their partners but said it had been regrettably necessary to reduce footfall in all hospitals.

“This has been achieved in part by the introduction of visitor restrictions, which has unfortunately included limitations on access of partners to maternity wards, theatres and appointments.”

The Minister said it would be devastating if there was an outbreak of Covid-19 in maternity units that would negatively affect their ability to provide proper care.

Ms Butler was responding to calls from opposition TDs for restrictions to be lifted on the partners of pregnant women in all 19 maternity facilities in the State to allow them attend prenatal scans.

Sinn Féin North Kildare TD Réana Cronin said the restrictions “are straight up bonkers” when pubs could re-open and it seemed “more important for a father to be able to wet his baby’s head rather than to see his baby’s head”.

Ms Cronin suggested a solution could be found and because protective equipment is easily available, partners could be allowed in for a half an hour at a time during labour and for an hour when labour ended.

Social Democrats Cork South-West TD Holly Cairns highlighted the case of a woman who had an emergency caesarian section and went through the entire labour, surgery and five days in hospital without any support and her husband only met the baby after they were discharged.

She said that in some cases pregnant women were receiving bad news and had to phone their partners sitting outside in the car in “heart-breaking” situations.

Ms Butler said “these restrictions are reviewed on a frequent basis and will be lifted as soon as hospitals believe it is safe to do so”.

The Minister noted the varying restrictions in maternity units and that in University Hospital Galway partners are admitted when expectant mothers are undergoing C-section, while in Mayo partners can attend with mothers in labour and in Waterford birthing partners can attend when the mother is in established labour.

Earlier the master of the National Maternity Hospital in Dublin said staff will not be influenced by politicians in lifting Covid-19 restrictions.

Prof Shane Higgins stressed the restrictions it has introduced during the Covid-19 pandemic have been effective in keeping the virus out of the hospital.

“I am happy to respond to any parliamentarian or anybody else, but we won’t be forced into making knee-jerk decisions because we are being put under pressure,” he said.

“That is not in the best interest of anyone. We have a lot of staff, patients and new-born babies and we will do it as best we can.”

Prof Higgins said there was a possibility birth partners will be allowed at the critical 20-week anomaly scan but not for other scans or antenatal appointments because it would double the footfall into the hospital.

He said they have been “appropriate and pragmatic” in allowing birth partners in recent months and that their restrictions were under constant review.

“The 20 week anomaly scan is a very big, watershed moment in the pregnancy. That would be the next appropriate thing to do.”

He added he did not believe allowing partners to attend other scans or clinics “is in anybody’s best interest”. The NMH Covid-19 taskforce is set to meet on Friday to consider the easing of restrictions.

The mayor of Dublin, Cllr Hazel Chu, has written to Dublin’s three maternity hospitals and asked them to ease restrictions on fathers or birth partners.

Currently, fathers or birth partners have been allowed into the labour ward or theatre but cannot attend any ultrasound scans or antenatal visits.