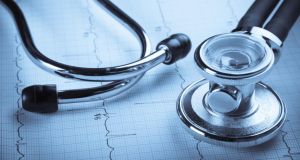 Twenty medical consultants gave up private practice last year because of rapidly rising cost of indemnity cover, an Oireachtas committee has been told

Twenty medical consultants gave up private practice last year and more are expected to do so this year because of the rapidly rising cost of indemnity cover, an Oireachtas committee has been told.

The Irish Hospital Consultants Association described the rising cost of cover for its members as an escalating crisis that is forcing doctors into emigration and retirement as well as leaving private practice.

Martin Varley, chief executive of the association, said the cost of clinical indemnity had doubled in many specialities and was now unaffordable for many doctors in private practice.

Orthopaedic consultant Maurice Neligan junior said the system was close to collapse and, if it did, the results would be catastrophic and patients would be the most discommoded.

When he worked in the public system, it took two years to see him and up to three years to have surgery carried out, he told the Oireachtas health committee. Now that he is working exclusively in the private system, he is increasingly coming across families who are clubbing together to pay the cost of a hip operation for a relative because they can’t get service in the public system.

Ciaran Breen, chief executive of the State Claims Agency, which handles clinical claims in the public health system, said the average cost of claims increased from 67,000 in 2009 to 140,000 last year.

This was due to a number of factors, including an increase in the number and severity of claims and an increase in legal costs. In addition, the High Court had decided in 2009 to increase the level of catastrophic damages in awards by almost 40 per cent.

There were 609 new claims last year, with obstetric claims accounting for 23 per cent of new claims and 61 per cent of the estimated value of claims, he said.

Damages and legal costs are higher in Ireland than in other Western countries, Simon Kayll, chief executive of the Medical Protection Society told the committee. The UK-based organisation, which provides indemnity cover for 16,000 Irish doctors and dentists, says large increases in the cost of cover for members is driving some out of practice.

The poor economic climate was encouraging more patients to sue, and lawyers to move from other areas to clinical injury cases, he suggested.

Members of the committee criticised the length of time it took to resolve cases brought by patients and suggested this was largely to a “deny and defend” approach by the Medical Protection Society and the State Claims Agency.

Sinn Féin health spokesman Caomhghín Ó Caoláin said patients and doctors both suffered huge stress and distress when cases were taken, but he suggested the approach of the two agencies was compounding the pain involved.

Both agencies denied they were responsible for delaying cases and expressed support for the introduction of a legal “duty of candour” for medical professionals. Mr Breen said medical negligence cases often involved complex issues and it would be remiss for his agency not to forensically examine cases in situations where awards can range up to €13 million.

Prof John Crown described Ireland as a “uniquely dangerous environment in which to practise medicine” but said this was due to too few doctors having to see far more patients than in any other country.