Why are France and Germany advising against travel to Ireland? 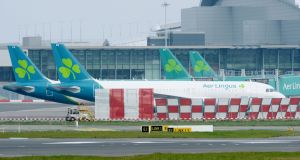 Germany, France, the Netherlands, and Denmark are among the European Union member states that advise their citizens against non-essential travel to Ireland.

It’s rare for such countries to advise against travel to a fellow EU member state, since an agreement in Brussels that most countries in the bloc would open their borders to one another on June 15th.

Why is Ireland left out? It’s due to its unusual position in the EU rather than our rate of coronavirus infections.

Ireland is not in the Schengen area of free travel, unlike most EU member states. Instead, we have a Common Travel Area with Britain that is decades older.

Now that the United Kingdom is no longer an EU member state and is choosing not to collaborate even on many things it is still invited to take part in, this puts Ireland in an awkward position.

Because of the open border with the North, it has little choice but to follow the lead of the UK.

When the Schengen states agreed to close their borders to travel from outside the EU on March 17th, Ireland and the UK went their own way. They kept their borders open, and ultimately introduced a requirement for incoming travellers to quarantine at home for two weeks after arriving.

It’s this quarantine requirement that many EU states cite as the reason for advising their citizens against travel to Ireland. Nevertheless, their borders are open to travellers coming in the other direction, arriving from Ireland.

“This is an advice from our side against travelling which is due to the fact that Ireland, and also Britain, have quarantine requirements that are in place for German citizens when they enter the country,” a German government spokesman said.

“It doesn’t affect at all the status of Irish citizens or people travelling from Ireland.”

EU member states have now agreed a list of 15 countries that are deemed “safe” for all travel, and are due to open their borders to them on Wednesday.

This has led to the unusual situation that it may be easier to travel between countries like Germany and some of the non-EU states on the list – such as Rwanda, Tunisia and Uruguay – than with Ireland.