When exactly will my children go back to school? 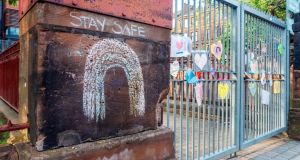 A framework for the phased return of schools has been drawn up by the Department of Education. Photograph: iStock

So when, exactly, are my children due back in school?

This following target dates have been agreed between Government Ministers and education partners:

- Sixth years due to return to secondary school;

- Special schools due to increase from 50 per cent to 100 per cent attendance.

- Third, fourth, fifth and sixth classes due to return to primary schools;

- Fifth years due to return to secondary school.

- Early learning and care (from birth to six years) and school-age childcare services (up to 14 years) to reopen.

- First-, second-, third- and fourth-year students due to return to secondary school.

Will it be safe for schools to reopen?

The Department of Health and the HSE have reaffirmed that schools are “low risk environments” and that a gradual phased reopening can occur at this time.

Public health authorities have reviewed the measures put in place to ensure safe operation of schools and are satisfied that infection prevention and control measures will keep the school community safe during this period, if rigorously adhered to.

Will there be additional safety measures in schools?

A framework for the phased return of schools has been drawn up by the Department of Education which includes a number of additional safeguards.

The document – seen by The Irish Times – is due to be published soon and include details of:

* Enhanced public health teams which will operate “full contact tracing and bulk fast-track testing within the school setting” with testing to be prioritised for all index cases and close contacts within the school community;

* Parents will be asked to sign declaration forms when children return after an absence confirming they do not have symptoms, along with new advice which “errs on the side of caution” in keeping children at home. Parents will also be urged to avoid congregating outside schools;

* Schools will be advised to keep windows fully open during break times and at the end of the school day, and partially open when classrooms are in use, and maximising school heating during colder weather.

* Surgical-grade masks will be provided to special needs assistants, special education teachers and others, while the use of visors may be worn in addition to but not instead of masks

When do children with additional needs in mainstream classes return?

However, there are thousands of children with additional needs in mainstream classes who have not yet returned. They include children with autism and Down Syndrome.

However, this is not the case under the current plans, much to the frustration of parents’ groups and campaigners.

Public health authorities say schools had relatively few cases compared to the wider community while they were open last year.

However, the new Covid variant adds an element of the unknown to the impact of school reopening on virus transmission rates.

Public health authorities say they have reviewed the measures put in place to ensure safe operation of schools and are satisfied that infection prevention and control measures will keep the school community safe during this period, if rigorously adhered to.

While the UK government’s Scientific Advisory Group for Emergencies warned that reopening primary and secondary schools could increase R by up to 50 per cent, this is based on a “big bang” approach of reopening all schools in one go.

Ireland’s approach will be phased and our schools have slightly different rules over social distancing and use of face masks, which makes direct comparison problematic.

What can we learn from reopening childcare facilities and special education?

Some of the childcare sector has remained open to children of essential workers since Christmas.

A key metric is the positivity rate for mass testing of close cases following a positive Covid case. This gives an indication of whether the virus is being transmitted in these settings.

The latest positivity rate is 7.1 per cent (February 7th-13th), after hovering between 10 and 12 per cent through January and early February. The recent decline is an encouraging indicator and brings positivity rates closer to average figures recorded from last September until now (6 per cent).

Positivity rates are generally higher in childcare settings due to the challenges in maintaining social distancing.

There will also be a focus on positivity rates in the special education sector, which opened recently, as an indicator for what awaits the wider school network.

Average positivity rates from September to December show rates were lowest in secondary schools (1.9 per cent), followed by primary (3 per cent) and special education (3.6 per cent).