Children, elderly and migrants must be a focus as we plot a more compassionate society 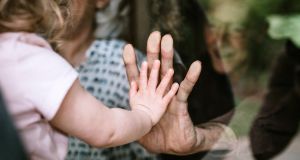 “... There are those, best symbolised by residents in care homes but not restricted to them, whose needs have never been too far up the policy agenda and not just during the pandemic. This includes, of course, the elderly.” File photograph: iStock

Government files under embargo have been opened and people are no doubt looking back, as we do every year, with that customary range of reaction to the political past, running from “I told you so” to “Can you believe it?”

Pity the politicians who had neither foresight nor infallibility, but who had to make decisions in the moment. Perhaps in this year of all years we might also look towards 2021 with much the same feelings, adding only: “Where on earth do we begin?”

There are some signs of hope in relation to getting ahead of coronavirus, but probably a Slough of Despond to wade through first.

We will begin to see for real what the effects of Brexit will be on ordinary life on these islands, and for relationships within and between them. On top of that, we have the anniversary of the foundation of Northern Ireland to look forward to, which, no doubt, will be marked/celebrated/analysed/ignored/vituperated, depending on one’s perspective.

Not to forget that, as David McWilliams puts it, our countries owe a shedload of money (to whom we’re not quite sure) but we’re in for pretty constant reminders that it is owed, I wonder will anyone volunteer to take on a bit more than their “fair share” of that burden? Well maybe there are some people who should, and I’m one of them.

Those of us who have lived through a period of rising prosperity for the past 20 and more years, a banking crisis notwithstanding. Our pension pots might not be as good as we had hoped but we’ll not be eating crusts by the roadside.

Perhaps it’s worth suggesting a few groups of people who might be uppermost in the minds of politicians and policymakers, as they plot a way forward on behalf of all of us towards a compassionate society that is a bit more than simply “fair”.

There are the groups of relative newcomers to this island, who now live here as citizens, asylum seekers and migrants. During this pandemic they have already contributed considerably to our wellbeing as doctors, nurses, care staff, delivery drivers.

If they are an expression of the breadth and depth of our societies, then they should also become a source of that breadth and depth. Our ancient quarrels have not been bred in their bones and they have much to teach us as we pare back the onion layers of prejudice and indifference, as we must do if we are to live in a society that has an emotionally rich core.

And there are those, best symbolised by residents in care homes but not restricted to them, whose needs have never been too far up the policy agenda and not just during the pandemic. This includes, of course, the elderly.

Most of us are going to be old someday and it is in the interests of the whole of society for us all to be able to approach that state of being without paralysing anxieties which then flow through to our families.

Here in Northern Ireland, it was only when I was able to talk about it to my mother, who was born into hardship in 1920, that I was able to get some idea of what the term “National Health Service” meant to her generation. Not having to worry about what to do or where to go when you’re sick.

The effect on the mental health and morale of a whole of society was incalculable because it was without limit. That system of healthcare was devised during a world war, and implemented in its aftermath (in the middle of another shedload of debt). So we know that it can be done – if it is a priority.

Although I’ve kept it until near the end, there is pre-eminently the simple human priority to ensure that no child lives in poverty. Why would any democratic government not have that as a centrepiece of its social priorities? Why would any civilised society not consider making the necessary sacrifices?

Perhaps these are the questions which should be debated before rushed decisions are made that come to light, to our embarrassment and shame, 30 years from now. “Is that the best you could do?”

Thinking about the helplessness and dependence of children is not just for Christmas. Reflecting on this and its consequences in one of his letters from prison, the Lutheran theologian and martyr, Dietrich Bonhoeffer, wrote, “. . . we cannot approach the manger as we approach the cradle of any other child. Whoever goes to this manger goes to where something will happen. When you leave the manger you leave either condemned or delivered . . . either broken into pieces or knowing the compassion of God coming to you”.

Is this the wisdom that will guide the policy of governments? If not, what wisdom will?