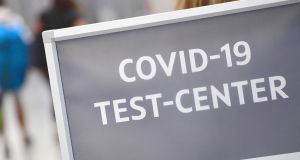 Up to 750,000 unused coronavirus testing kits manufactured by diagnostics company Randox have been recalled from care homes and individuals due to concerns about safety standards.

At the beginning of the coronavirus crisis, the Department of Health and Social Care (DHSC) is understood to have operated a haphazard policy for obtaining testing kits and it faced criticism for the purchase of millions of kits that turned out to be significantly less effective than originally claimed by pharmaceutical companies.

The recall ordered by the Medicines and Healthcare products Regulatory Agency (MHRA) comes after the UK government instructed care homes and members of the public to immediately stop using Randox testing kits in mid-July following fears over sterility.

Randox was awarded a £133 million (sterling) contract in March to produce the testing kits for England, Wales and Northern Ireland without any other firms being given the opportunity to bid for the work, the Guardian revealed.

A DHSC spokesperson said: “We have high safety standards for all coronavirus tests. Following the pausing of Randox kits on July 15th, Randox have now recalled all test kits as a precautionary measure.

“Our testing support for care homes continues as any resident or member of staff with symptoms can immediately access a free test and we are exploring ways to increase the amount of testing, making full use of available lab capacity.”

The department has commissioned an accredited laboratory to verify the sterility of a specific supplier of Randox swabs according to the formal international standard for sterility testing. The results of the investigation are expected in the coming weeks.

Randox have recalled all test kits as a precaution to ensure paused kits do not continue to be used while the safety checks are ongoing. The tests are not CE marked - assessed before being placed on the market in the European Economic Area - and have not received an exemption to be placed on the market during the pandemic.

DHCS is in the process of contacting every setting which has sent test kits for processing to remind them of the instruction to ensure kits are not used, though the regulatory responsibility to issue a recall lies with Randox.

The MHRA has instructed Randox to recall all Randox test kits from NHS test and trace testing settings. It said: “The risk to safety is low and test results from Randox kits are not affected.”

Randox has been contacted for comment. It told the Guardian last month: “As an immediate precautionary measure we have temporarily suspended distribution of home sample collection kits using one particular batch/supplier of swabs. This is a temporary measure and does not apply to our private business which uses a different supplier of swabs.” - Guardian

WHO raises alarm over widespread and enduring damage of Long Covid

PSNI considering whether to inquire into three £10,000 payments to Sinn Fein