The Irish Times view on Tokyo 2020: games over

The IOC deserves a gold medal for dithering 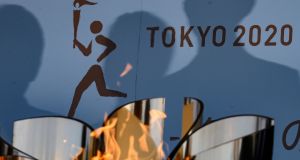 Never in the 124-year history of the modern Olympics have the Games been postponed, although they were cancelled outright in 1916, 1940 and 1944 due to the outbreak of war. Photograph: Philip Fong/AFP via Getty Images

No sporting event enjoys the big countdown more than the Olympics, and on Monday there were just 122 days to go before Tokyo 2020. To everyone but themselves, it seemed, the International Olympic Committee (IOC) was still holding out against any realistic hope in the face of the Covid-19 pandemic.

For many, including Irish athletes already qualified for Tokyo, the IOC deserved a gold medal for dithering and indecision, given it had become impossible to train as normal. Then, by lunchtime on Tuesday, an Olympic first: the IOC agreed with the Tokyo Organising Committee to postpone the Games into 2021 – adding another 365 days to go; perhaps less, but no more.

With 11,000 athletes from 206 countries, across 33 sports, the Olympics are not an easily moved feast. Never in the 124-year history of the modern Olympics have the Games been postponed, although they were cancelled outright in 1916, 1940 and 1944 due to war. Whatever about the IOC’s indecision, it appears the organising committee, along with the Japanese government, were more desperate to hold on to that hope, and for good reason: the organising committee said the overall budget was $12 billion, one audit putting it far higher, perhaps $26 billion. Moving everything into 2021 will cost even more.

Central to their agreement is that Tokyo be rescheduled to a date beyond 2020 but not later than summer 2021; not indefinitely, in other words. Also put back are the 2020 Paralympics, with close to 5,000 athletes. For all of them, the training and preparation must begin all over again, the remaining qualification period now also out of sync. Speaking on Wednesday, IOC president Thomas Bach said the postponement would require “sacrifice and compromise”. One of the many implicationsis the fact the athletes’ village, a site of 23 tower blocks, has already been sold for use as apartments after the Olympics.

Bach didn’t rule out a spring Games, accepting everything will still hinge on the elimination of the Covid-19 pandemic by early 2021. The Olympics, like the rest of the world, hold on to hope.