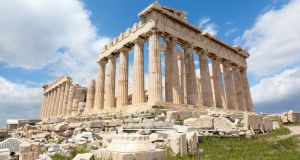 The amounts being made available to the periphery are large relative to their economies: Greece could receive 25 per cent of its GDP in coming years, others 10-15 per cent.

After an epic EU summit, the €750 billion facility to aid members worst-hit by the pandemic is almost in hand, lacking only formal ratification. Its fraught negotiations centred on issues such as the split between loans and grants, approval procedures and the rule of law.

Lost in the fray, though, was a basic question: what kind of spending specifically promotes long-term recovery best?

The answer is not obvious after the lockdown ends and the focus moves on from “life support” operations such as job protection schemes and cheap loans. EU communiques have been low-key about how the money will be spent, except for stipulating that at least 30 per cent go to green and digital investment.

But what about the rest? Is support for the hardest-hit sectors a good use of public resources? If weak demand is the issue, why not try across-the-board tax cuts and spending increases?

One way to think about the problem is to recognise that the coronavirus pandemic has affected various sectors differently.

Contact-intensive services such as tourism, transportation and restaurants have been hardest hit. Until a reliable vaccine becomes reality, such activities may remain constrained for years either due to workplace restrictions or consumer fear.

The size of these constrained sectors means the pandemic is not just a blow to those employed in them; it also affects those workers’ demand for goods and services from the rest of the economy. Persistent demand shortage is thus a risk to recovery in the periphery, where high debts limit the scope for extended fiscal stimulus.

This constrained/unconstrained perspective provides a rationale for the recovery fund. It also tells us that fiscal stimulus should target sectors where higher demand has a better chance of eliciting a supply response.

Rather than across-the-board tax cuts or spending increases, it is better to target unconstrained sectors that have growth potential, such as public investment in renewables and digital infrastructure. The EU’s call for green spending is thus macroeconomically sensible, as well as socially and politically desirable.

It would also be inefficient to provide wage subsidies to sectors such as tourism and hospitality, as many countries are considering. The problem there is safety, not price. Rather than binding workers to half-empty hotels and bars, it would be better to allocate resources to sectors with high employment potential, such as retrofitting buildings for energy efficiency; or to subsidise sectors with network effects, such as battery technologies for transport.

None of this should rule out giving resources to certain constrained industries. Where barriers to entry are high, such as aerospace, extended state support may be necessary.

But if the goal is economic recovery and dynamism, as opposed to life support for the previous status quo, policymakers need to move on from lamenting the fate of hard-hit sectors to growing the less hard-hit.

The amounts being made available to the periphery are large relative to their economies: Greece could receive 25 per cent of its GDP in coming years, others 10-15 per cent. Almost half will be grants, the rest loans at rates below what the periphery pays in the market.

As such, the fund is a potential game-changer for the periphery – and also for the euro zone’s overall stability. Asking for some accountability is not unreasonable.

To this end, the European Commission should draw up broad guidelines for the use of resources, but avoid imposing onerous conditions on member states.

Adherence to the guidelines should carry the strong presumption that funds are being deployed appropriately. This is important because the compromise reached at the summit allows any member to interrupt disbursements if they have concerns about spending.

Although there is a dispute resolution process, the last thing the EU needs is disrupted projects and financial fallout from “fiscal cliffs”.

It was assumed that the hardest part for EU leaders would be to agree to the fund. But that is only step one. The bigger challenge is to spend those resources wisely, so this experiment in fiscal solidarity succeeds.

Only then will the EU get what it truly needs: a permanent instrument of common fiscal policy. – Copyright The Financial Times Limited 2020

The writer, a former head of the IMF’s European department, is chief economic adviser at Morgan Stanley