Shell warns of €19bn hit from oil and gas slump

Anglo-Dutch group is latest to slash forecast for energy prices 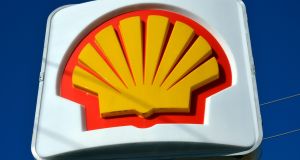 Shell said lower prices would lead to post-tax, non-cash impairment charges of $15 billion to $22 billion in the second quarter

Royal Dutch Shell will slash up to $22 billion (€19 billion) from the value of its assets as the oil major warned coronavirus would deal a lasting blow to demand for energy products and the global economy.

The Anglo-Dutch group cut its oil and gas price outlook, vowing to “adapt to ensure the business remains resilient”.

The company said lower prices would lead to post-tax, non-cash impairment charges of $15 billion to $22 billion in the second quarter. Its shares dropped roughly 1.5 per cent in morning trading on Tuesday.

Shell’s move follows a similar announcement this month by BP, indicating growing awareness among executives at the biggest energy companies that tens of billions of dollars worth of oil, gas and refining assets could be rendered economically unviable.

Shell, like the wider energy industry, has been rocked by the pandemic. It cut its dividend for the first time since the second world war just as its earnings fell by half because of a collapse in energy demand and prices.

Energy executives and analysts increasingly believe the pandemic will not only stall demand for oil and gas for a prolonged period but also accelerate the global shift towards cleaner fuels.

Shell announced plans in April to become a net-zero emissions energy business and is undertaking a review of its organisational structure in light of its new ambitions.

It said on Tuesday it expected Brent crude prices of $50 a barrel in 2022, down from its previous $60 forecast, and Henry Hub US gas prices of $2.50 per million British thermal units, down from $3.

After 2023 it expects long-term oil prices at $60 and gas at $3, in line with its earlier expectations.

“These price decks are now sensible as they were too aggressive beforehand,” said Colin Smith at Panmure Gordon. “Longer term, the world is not short of resources versus consumption that would be in line with the Paris climate goals.”

“The impairments from BP and Shell together with the lower price decks sharpen the question of where future growth and returns are going to come from as they lean in to the energy transition,” said Mr Smith.

Shell’s gas business, in which it has invested heavily following the $53 billion acquisition of BG Group in 2016, will take the biggest impairment hit at $8 billion to $9 billion. Its oil exploration and production business will take charges of $4 billion to $6 billion, while impairments in its products and refining business will be $3 billion to $7 billion.

The impairments are expected to increase gearing – defined by Shell as net debt as a percentage of total capital – by 3 per cent.

In addition to slashing the dividend by two-thirds, it has suspended its share buyback programme and dramatically reduced capital expenditure and operating costs, while issuing new debt.

Shell, which will release its second-quarter results on July 30th, has previously said that for every $10 a barrel movement in Brent crude, cash flows are dented by $6 billion. – Copyright The Financial Times Limited 2020