Prison officer has suffered from severe pain and fatigue, insomnia and memory loss 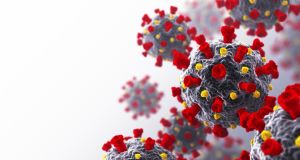 The prison officer, who spent six days on a ventilator with Covid-19, has expressed concern about growing public complacency.

A 49-year-old prison officer, who spent six days on a ventilator with Covid-19, has expressed concern about growing public complacency, warning younger people that “nobody is invulnerable to this”.

The Dubliner, who did not want to be named because of the nature of his work, spent 20 days in Beaumont Hospital in Dublin in April. Five months on, he still suffers from long-term effects from being critically ill with the virus.

The married father of two has had to endure debilitating fatigue some days when he cannot get out of bed. He has suffered from headaches, severe muscle and joint pain, a lack of concentration, the loss of taste, sleepless nights and nightmares.

“I still do feel a physical and mental wreck from the experience. It is not something I would wish on anybody. I was like a newborn baby coming home from the hospital. I couldn’t do anything for myself,” he says.

The officer says that younger people should not assume that because they are at lower risk of becoming seriously ill or dying from the disease that it will not affect their health adversely in the longer term.

“This isn’t some made up thing that Lemsip is going to clear. This absolutely destroys you if it takes hold of you. I am very fortunate that I came out the end of this.”

A medical consultant looking after him kept telling him how lucky he was to survive, he adds. “Every day varies from being absolutely exhausted to very tired.”

One of the strangest long-term effects from the illness is the short-term memory loss. One day he was writing a thank you card for the nurses in the hospital and could not think of the word for Sellotape. Another day, he wanted to butter toast and forgot the word for knife.

“The concentration is just gone. It is very, very hard, even now with my attention span. I love to read and even watching TV, I have to keep rewinding or go back a few pages. A lot of stuff just doesn’t sink in,” he says.

Dr Fiona Kiernan, an intensive care consultant and anaesthetist at Beaumont who is a lead doctor in the Dublin hospital’s Covid Survivorship Clinic, says the long-term effect of the disease has been severe in some cases.

“I am more worried about some of the long-term effects of Covid-19 than I was in March. I am looking at people who have survived it but who cannot walk up a flight of stairs,” she says.

“It has been life-altering for some people.”

The prison officer suspects that he caught the virus in April while taking public transport to work. A diabetic, he is prone to urine infections and thought he had another infection when he started feeling unwell on Monday, March 30th.

By Wednesday, he had a cough and by Sunday he was struggling to breathe. That day he collapsed in his bedroom. He was taken to hospital by ambulance the following day and sent to intensive care.

“In the space of 24 hours, I went from feeling a bit crappy, like ‘leave me alone, curl up in a ball, stay away from me’, to being intubated,” he recalls.

The rising number of infections and a public he sees as becoming increasingly lax in following health guidelines are “a cause of concern”.

“It is ‘mé féin’ syndrome – ‘I’m alright, Jack; don’t worry about me’ – that seems to becoming more and more prevalent. People cannot drop their guard,” he says.

“Even if you are not going to be affected by it, you could easily pass it on to somebody that will be and they unfortunately could be very badly affected.”

He wonders about the planned reopening of so-called wet pubs on September 21st. “It is worth losing a lot more people to this for the sake of opening up the pubs?” he asks.

He hopes that he will be well enough to return to work soon.

“It has taken its toll but there is a big light at the end of the tunnel. I am close.”