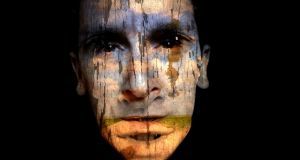 I Oedipus is an aria from a new opera by Roger Doyle, which will debut online through the Clonmel Junction Festival. Image: Trish McAdam

“This project excites me, like only one or two other projects I’ve ever been involved in,” says composer Roger Doyle. “It’s been such a whirlwind and a labour of love. An iWhirl. I’ve never been so involved in a piece of writing like this before. So, thank you for iGirl which knocked me out as soon as I saw it and which almost composed itself here with magic dust all around me.”

One of the planned highlights of this year’s Clonmel Junction Arts Festival was to be a concert of music by Doyle – composer, keyboardist and producer of his own music – featuring the world premiere of I Oedipus from his new electronic opera iGirl, with a libretto by playwright Marina Carr. The presentation has been salvaged for Junction’s online edition, which kicks off on its digital platforms on Saturday, July 4th.

Junction artistic director Cliona Maher was “gutted to think this might not happen, especially as I’ve been really blown away by Roger’s stunning music to text by Marina Carr that burns in the brain. The opera is completed and looking for a producer – we were hoping to provide a platform for the piece to attract interest.”

The opera iGirl explores female grief, sorrow and sacrifice, is of contemporary relevance and inhabited by mythological and historical characters like Joan of Arc, Jocasta, Antigone, Oedipus and a present-day narrator. The plan is to go digital, with a film by acclaimed cinematographer and visual artist Trish McAdam, based on an extract sung by counter-tenor Morgan Crowley. Maher says the video “uses the restrictions that surrounded its creation as a positive”.

Over the last few months Cliona Maher and her team have reimagined Junction, with over 50 new digital events and visual arts in Clonmel lined up.

Regarding one of the events, Eyes on the Town, Maher says: “I grew up on the main street of Clonmel, so I’m fascinated to hear what architects consider necessary to encourage town living, moving the discourse beyond parking and shopping.”

In another event, The Parting Glass, guitarist Dónal Clancy has chosen songs he played with his father, Liam Clancy, and which he feels show the breadth of his father’s career and interests on the 10th anniversary his death.

Between the Beats combines poet Michael Coady’s words, composer Marian Ingoldsby’s setting for the voice of Kelley Petcu and skills of Alex Petcu, with visualisation by Eimear King.

The Vision Revolution lecture series (previewing a Crawford Gallery show in October) sees Anne Cleary and Denis Connolly (“a seemingly effortless blend of intellectual high concept with a quirky sense of humour and a boundless curiosity”, observes Maher) taking each type of light and tell the inspiring, and often tragic, human stories of the people behind its discovery, while considering artistic, aesthetic and ethical questions related to their uses. For more information on the festival , see junctionfestival.com

Whatever about full performances online, how about rehearsed readings? Every year Druid Theatre Company in Galway receives hundreds of scripts which are blind-read to select rehearsed readings as Druid Debuts, a fixture during July’s Galway International Arts Festival (GIAF). Many debuts have later had full productions – for example, the 2018 double-bill at GIAF of Cristín Kehoe’s Shelter and Sonya Kelly’s Furniture (which also toured), started as Druid Debuts; as did Be Infants in Evil by Brian Martin and Helen and I by Meadhbh McHugh.

This year, Druid’s annual rehearsed reading series continues, but as a live online experience, while the GIAF as we know it pauses for a year (though it is planning some autumn events). Four new plays stream on Thursdays, July 2nd-23rd at 7.30pm via Zoom.

Last year Druid received over 400 scripts through its New Writing programme. Rhe selected plays are How’s Life by Nina Mitrovic (translated by Mitrovic and Darren Tighe), this Thursday July 2nd, and in the following weeks, Wall by Edward Lee; Four Days in July by Peter Daly; and An Honest Woman by Erica Murray.

Druid artistic director Garry Hynes says: “It’s always an exciting time picking the plays for the Debuts and hearing the audiences’ reactions to the first reading of a play that might go on to full production at Druid someday.”

Playwrights have professional support, a director, cast and short rehearsals, all done virtually this year. The rehearsed readings are live-streamed, not prerecorded, with audience feedback invited after each.

Meanwhile, writing life goes on, and this year’s New Writing submission window for Druid Debuts, supported by Mazars, is open until noon on July 31st.

CoisCéim Dance Theatre, this year marking a quarter of a century making original dance in Ireland, on Tuesday bids farewell to its home of almost 20 years in Sackville Place, Dublin, with a premiere of a solo salute to the studio by artistic director David Bolger. In The Parting Dance, Bolger dances with memories past, “conducting the creative spirit and artistic atmospheres collected and held within its walls”, before the company moves on. It’s streamed on Tuesday at 7.30pm as part of the digital edition of Dancer from the Dance Festival of New Irish Choreography (performances, films, masterclasses and workshops until July 3rd; irishmoderndancetheatre.com).

Over the pandemic CoisCéim has curated online classes, performance and participation projects – over 45,000 people have danced as audiences and participants through Digital Dances so far. Meanwhile it’s also in this year’s Dance on Camera festival in New York with How to Sink a Paper Boar. And Love Letters dance and writing project led by Philippa Donnellan, for over-50s, kicks off in July, with Dance Your Own Dance workshops for under-50s. coisceim.com