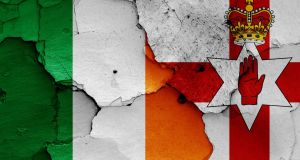 Age distributions of Covid-19 deaths are almost identical between the jurisdictions, but the underlying population-at-risk is not

Since the World Health Organisation (WHO) defined Covid-19 as a pandemic in March, commentators have been almost obsessively comparing the relative health performance of different countries.

Their goal has been to understand the effectiveness of governments’ management of the global crisis. Comparisons are typically based on the number of reported Covid-19 deaths. As raw counts are not very useful, these statistics are typically reported on a per 100,000 capita basis.

In Ireland, the Covid-19 statistics have been used to highlight contrasting performances of the island’s two jurisdictions. The timing of the first reported Covid-19 cases was very similar in both Northern Ireland and the Republic of Ireland: the first case in the North was reported on February 27th and in the South on February 29th.

But the blanket “lockdown” differed in both jurisdictions: the South instigated a lockdown on March 12th while the North imposed theirs more gradually, with the full raft of measures from March 28th.

This difference in policy response has led commentators to reprimand the North’s approach. For example, an op-ed published in The Irish Times castigated the North’s performance, highlighting the higher death rate for Northern Ireland. It argued, “far from being one epidemiological unit, public-health policies for fighting the disease either side of the Border have produced different results”.

But all these commentators are misinterpreting the data. There is a crucial, fundamental issue with the current methods of reporting and analysis. Looking at the number of deaths divided by the total population fails to take into account underlying differences in the demographic composition of populations across space and time. Attention must be paid to age and sex.

A higher share of the population of Northern Ireland is over 65 (15.8 per cent, versus 13.9 per cent in the Republic)

Age is the biggest predictor of Covid-19 mortality. The pandemic has disproportionately affected older populations, who are biologically the most vulnerable to this novel respiratory disease. We also know that men are more affected by the disease than women.

If one location has a higher mortality rate than another, and also has a higher share of the population over 65 years of age, or a greater proportion of men, then adjustments must be made for these differences in any comparisons since this location’s population is inherently more exposed to the disease than the other. It has a higher biological risk factor.

Take the comparison of Brazil and Nigeria.

In Brazil today, 21 per cent of the population is under the age of 15, and 10 per cent over 65; in Nigeria 44 per cent is under 15 and 3 per cent is over 65. If a disease such as Covid-19 disproportionately affects the old and leaves the young unharmed, then comparative discussions of its impact must take into account that Brazil’s population is inherently more vulnerable than Nigeria’s.

While not as extreme as Brazil and Nigeria, there are noticeable demographic differences between the North and South of Ireland. A higher share of the population of Northern Ireland is over 65 (15.8 per cent, versus 13.9 per cent in the Republic).

The majority of Covid-19 deaths in the first phase of the pandemic were the over-65s. Based on comparable figures reported by the CSO and NIRSA (March to June 2020), 93.5 per cent of Covid-19 deaths in the Republic were in this demographic, and 92.8 per cent in the North. No calculations are necessary to assess these figures as they speak for themselves, but they can be easily distorted when reported on a per 100,000 capita basis.

Crude mortality rates indicate that the Republic has a Covid-19 mortality rate of 35.8 per 100,000 and the North has a rate of 44.5 per 100,000. However, taking age differences between both jurisdictions into account tells a different story.

In other words, Northern Ireland has fared marginally better than the Republic of Ireland. But these rates are so similar it suggests that there may only be one epidemiological unit on the island. Policy differences, including the timing of the lockdown, have made no difference on the overall impact of the pandemic in its first phase.

The age distributions of Covid-19 deaths are almost identical between the jurisdictions, but the underlying population-at-risk (the over-65 distribution) is not. This crucial point has been entirely missed by recent commentators. Reporting needs to provide better information on age distribution to gauge the severity of the situation, to mitigate unnecessary panic, and to better target health policy at those most vulnerable to the disease.

Using age adjustment it is also possible to compare the Covid-19 pandemic with the last global pandemic to affect Ireland: the Influenza-18 epidemic, known as the Spanish flu. In the first phase of the current pandemic 2,575 people have died from Covid-19 on the island of Ireland. In 1918, there were 11,785 excess deaths (deaths greater than expected given historic averages) attributed to influenza and pneumonia, and in 1919 this figure was 9,689.

Our comparison means that more caution should be applied when attempting to draw direct lessons about the impact of policy interventions from the past. We can learn from the past to an extent, but we need to take into account the changing demographic composition of our society. Failing to do so risks spreading additional panic amongst the population.

It is often noted that Covid-19 is a novel virus, and as such novel approaches need to be developed and applied rather than depending on past methods and policies that are likely inappropriate in the modern world. This means models used by the Irish Epidemiological Modelling Advisory Group need to be updated and take account of Ireland’s modern demographic composition more explicitly.