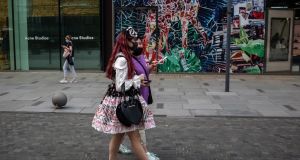 The World Health Organisation reported a record increase in global coronavirus cases on Friday, with the total rising by 292,527.

The biggest increases were from the US, Brazil, India and South Africa, according to a daily report. Deaths rose by 6,812. The four countries have dominated global headlines with large outbreaks.

Nearly 40 countries have reported record single-day increases in coronavirus infections over the last week, around double the number that did so the previous week, according to a Reuters tally showing a pick-up in the pandemic in every region of the world.

Last week, cases in Latin America for the first time surpassed the combined infections in the US and Canada, a Reuters tally showed. Infections are surging in Brazil, which is second in the world behind the US in cases and deaths.

Globally there are more than 17.4 million infections and nearly 675,000 deaths, according to a Reuters tally.

China has recorded its highest daily total of new Covid-19 cases since early March, as the United Nations warned the pandemic could force tens of millions of people in southeast Asia into extreme poverty.

This week has seen China’s largest daily rises in cases since the peak, with 105 reported on Wednesday, 101 on Tuesday, and 68 on Monday.

In Xinjiang, strict anti-virus measures have been in place in the capital Urumqi for over a week, including the suspension of most public transport and flights, and controls on the entry and exit of people at housing compounds in some districts.

However, experts have sounded the alarm over the risk to people detained in China’s secretive internment camps. Clusters of infections have been recorded in Urumqi, and the city of Kashgar about 300km away, suggesting infections could be widespread in between. There are fears the virus could be brought into the camps by employees, or brought into the homes of Uighur and other Turkic minority families by Han Chinese who move into their house under a compulsory stay-at-home programme.

The Liaoning outbreak in the country’s east, is centred on the capital city, Dalian, but has spread to other cities and provinces in recent days. State media reported more than 17,500 medics had been mobilised to run almost 2,700 testing sites across the city. By midnight on Tuesday about 3.53m samples had been collected, CCTV reported.

Since bringing the virus largely under control after the outbreak began in Wuhan more than seven months ago, China continues to see frequent outbreaks in large cities, including in Beijing, and a second spike in Wuhan. Authorities have responded quickly with varying degrees of lockdown measures, and large-scale testing.

In southeast Asia, the UN has said decades of progress in tackling poverty could be undone by the economic impact of coronavirus.

While many countries in the region have managed to control the pandemic, it has disrupted trade, and brought travel to a standstill in tourism-dependent countries such as Thailand. Migrant workers who send remittances back home to their families, a major source of income in countries such as the Philippines, have been left stranded and without employment.

The UN warned of rising unemployment in countries such as Malaysia, the Philippines and Indonesia, adding that: “[A] lack of secured income and sufficient social protection could force tens of millions of people into extreme poverty in this region,” it said.

It also raised alarm over the situation facing the region’s 218 million informal workers, who have not only lost their livelihoods but also face rising xenophobia in some countries.

Vietnam has reported 45 new coronavirus infections in the city of Danang, marking the country’s biggest single-day jump in cases, as the health ministry sent more health experts to the central city in a bid to combat the outbreak.

In Indonesia, the governor of the capital, Jakarta, Anies Baswedan, extended social restrictions on Thursday to curb coronavirus transmission, warning of “a hike in cases”. Schools will remain closed and restaurants and public transportation will continue to operate at limited capacity until August 13th. – Reuters/Guardian