Churches in North extend restrictions on public worship until March 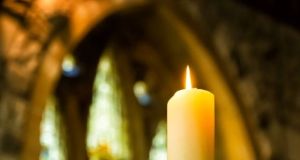 Church of Ireland Primate and Archbishop of Armagh John McDowell said they had decided that in-person gatherings should remain suspended with the exception of weddings, funerals, as permitted by regulations. Photograph: iStock

All churches in Northern Ireland have extended restrictions on public worship until March. A similar restriction operates in the Republic with no indication as to when that might end.

The Catholic Primate and Archbishop of Armagh Eamon Martin has advised “on the basis of the clear and unequivocal public health advice that people should continue to stay at home” until March 5th.

Subject to public health advice, he said: “The celebration of the Eucharist and other liturgies should continue to take place without the physical presence of the faithful. Marriage, funeral, baptismal liturgies and drive-in services may continue (subject to strict safety guidelines and regulations).”

It follows a decision by the Northern Ireland Executive last Friday to extend the Covid-19 restrictions until March 5th, he said.

“We encourage parishes, where possible, to continue to broadcast the celebration of Mass – and other devotions and prayer services – online and on other media,” he said.

Church of Ireland Primate and Archbishop of Armagh John McDowell said they had also decided that in-person gatherings should remain suspended with the exception of weddings, funerals, as permitted by regulations.

He said that “this same step is also being taken today by the Methodist Church, the Presbyterian Church, and the Roman Catholic Church”.

Driving licence expiry dates to be extended for second time