Coronavirus: Private hospitals threaten to pull out of State deal

Hospitals may seek other arrangements as HSE not sending enough patients 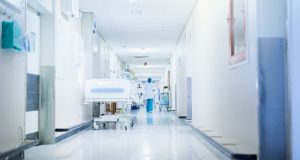 Private hospitals may pull out of the agreement which has seen the State take over their facilities during the Covid-19 crisis.

Private hospitals may pull out of the agreement which has seen the State take over their facilities during the Covid-19 crisis, if the HSE does not increase the number of patients it is sending them.

The hospitals suggested they would look for an alternative arrangement with the Government to provide care to patients, similar the National Treatment Purchase Fund (NTPF).

The HSE is currently reviewing whether the three-month agreement should be extended. The deal has been criticised over its reported €115 million cost per month and the relatively few patients treated in these facilities. About 300 private consultants have not signed up to public contracts during the crisis. They maintain they have been shut out of their traditional private hospitals.

However, a group of fully private consultants who have not signed a State contract to work only in the public system maintained that across the private hospitals on May 12th, occupancy levels were 34 per cent and some had no in-patients.

On Thursday, private consultants said they could no longer have histopathology samples for possible cancers processed in private hospitals as they had not signed the State contract.

The consultants said they were seeking to arrange options for their patients outside of the private hospital procedures including urgent intravitreal injections and infusions for multiple sclerosis and potentially for cancer patients as well as for histopathology samples.

Separately, the National Public Health Emergency Team (NPHET) is investigating whether all hospitals have fully reported cases of Covid-19, after it emerged that one has reported hundreds of cases late. The late-reported cases account for more than half of the 426 new cases of the disease reported by NPHET on Thursday.The deaths of another 10 patients were announced.

The Government has to inform private hospitals by the end of May as to whether it wants to extend the agreement.

Health sources maintained that it might be premature for the HSE to recommend ending the deal by the end of May given that non-Covid care in public facilities are only resuming.

The Private Hospital Association said:“PHA members recognised at the outset the unprecedented challenge that the Covid-19 pandemic presented to the country and in good faith offered the private hospital network in order to plan for the expected surge in demand for additional capacity. This was the right decision for that time and that facility currently remains in place. Thankfully the curve has flattened considerably in the interim period. The requirement for private hospital capacity is currently under review by the HSE and we await the outcome of that process. While private hospitals are getting busier, activity levels are dependent on cases being sent to them by the HSE. If these do not increase, it may be preferable at a point to revert to the NTPF model whereby services and elective procedures can be procured and contracted based on precise levels of demand at any given time and thereby delivering better value for money .”

The Cabinet is meeting on Friday to discuss the easing of restrictions from Monday, to which NPHET has given the green light. Public health officials have recommended to the Government that face-coverings should be worn indoors where social distancing cannot be practised. Measures will include allowing four people from different households to meet outside, but the Government may move to clarify that people only meet in groups of four once a day.