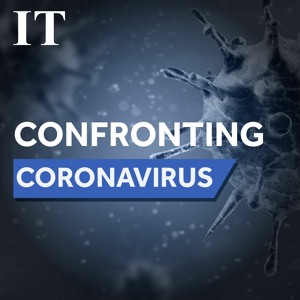 In this episode, Irish Times Features Writer Patrick Freyne brings us back to the year 2011 and the release of the scientific thriller movie Contagion. Starring Matt Damon, Contagion tells the story of a deadly virus which explodes into a global pandemic, bringing society to its knees. Nine years on, in the midst of our own virus outbreak, it all feels eerily familiar. Freyne catches up with Contagion’s screenwriter Scott Z. Burns and the virologist who advised the script and plotline for the movie, Dr Ian Lipkin. The pair explain how their working relationship began over a couple of cocktails in a Manhattan bar and was sealed on the agreement that this pandemic movie would be grounded in science rather than blockbuster action. So, nine years on from its release, what it is like looking back on Contagion for Burns and Lipkin? Has the pandemic played out like they expected both scientifically and politically?

A news podcast from The Irish Times that covers Ireland's response to the Coronavirus outbreak. New episodes will be published each weekday. 888821