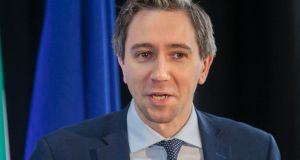 The Government is to press ahead with the construction of the new national children’s hospital despite the finding of a report into the €450 million cost overrun on the project that identified “significant failings” in planning and budgeting.

The long-awaiting PwC report found all but €16 million of the overrun could have been controlled, and attributed most of it to an underestimation of the project’s real cost. Retendering the project is ruled out as unfeasible and the report suggests there is little scope for savings.

Minister for Health Simon Harris and Minister for Public Expenditure Paschal Donohoe have been tasked with drawing up an implementation plan for the recommendations in the report, which have ramifications for all public construction projects, within the next month.

Mr Harris is likely to face intense questioning over the fiasco at the Oireachtas health committee on Wednesday, when Fianna Fáil will ask why the report did not analyse the possibility of switching the site for the new hospital from St James’s Hospital campus and building it elsewhere.

“The Dáil unanimously passed a motion last month to ensure the site change would be included in the report, yet we see no evidence of it in the finished product. I’d like the Minister to tell us why the express wish of parliament was ignored,” said the party’s health spokesman, Stephen Donnelly.

The issue of the St James’s site, which was excluded from the scope of the report, is also likely to be raised at the Dáil public accounts committee on Thursday by former Coombe hospital master Prof Chris Fitzpatrick, who has alleged the costs of building on the site were consistently underestimated.

The Government said the hospital was a vital and much-needed project and the priority now was to deliver it on schedule. “Our priority now must be to finish the job on time to meet the 2023 opening date, contain further cost increases and learn from the mistake made in advance of other major projects like Metro and the National Broadband Plan,” said Taoiseach Leo Varadkar.

PwC found “red flags” around the inadequacy of the budget were missed from as early as the tendering stage in 2017. All four bids were higher than the budget of €575 million by a range of €61 million to €239 million.

“This should have served as a warning that the budget that had been developed – and had not yet been submitted for approval – was insufficient.”

From the outset, the project was driven by an “imperative for timely completion, within a cost envelope that was never adequate to deliver the envisaged outcome and from a design that was continually evolving”.

The report found that the objectivity of the National Paediatric Hospital Development Board may have been impaired because it was performing both management and oversight roles before the appointment of a full hospital executive team.

“There is a concern that by being too involved in operational project delivery, this compromised the oversight and challenge role that these individuals were expected to perform.”

The report was “unable to understand why there was not earlier and greater scepticism” among the hospital board and executive given the lack of a full design and the inflationary environment.

The ability of a separate Government and Health Service Executive board to challenge the structures of governance was also impaired as it “lacked the industry experience necessary” to challenge them.

1 Covid-19: One death and 363 further cases confirmed in State
2 ‘Insane’ gathering of hundreds of students in Galway condemned
3 Prepare for six to nine months of Covid-19 restraints, warn health officials
4 Speed and distance of Covid-19 droplets tracked by Mater researchers
5 Home of The O’Rahilly should not have been demolished, Taoiseach says
Real news has value SUBSCRIBE