Lawyer to request court action ‘over obfuscation, grandstanding and stonewalling’ 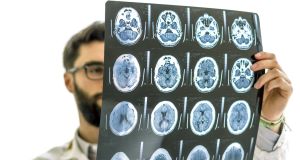 “We need those slides and we need them now,” said Caoimhe Haughey. File photograph: Getty Images

A solicitor representing the family of a woman who died from cervical cancer intends to ask the High Court for orders against the HSE, State Claims Agency and CervicalCheck.

Caoimhe Haughey is taking this course of action to find out if the deceased was one of those involved in the Scally scoping inquiry. She told RTÉ’s Liveline programme that she is being confronted by “obfuscation, grandstanding and stonewalling” from the HSE, State Claims Agency and CervicalCheck.

“I rang the HSE this morning and I spoke to a representative within the acting director general’s department and I was simply told, ‘CervicalCheck is nothing to do with us, you’ll have to get on to them, all we can do is pass on your letters’. When I said . . . I want to know what information the HSE holds in relation to this patient, they said ‘don’t know, can’t tell you, we’ll have to follow it up.’ ”

Ms Haughey was also critical of the €2,000 ex-gratia payment announced by Minister for Health Simon Harris today for each of the women affected by the CervicalCheck scandal.

“I don’t know where they came up with the amount of €2,000 . . . I’m not aware of any submission in relation to an appropriate figure by way of an ex-gratia payment.”

She said that the Taoiseach’s comment that “this is not like taking out a library book” was “unfortunate . . . and somewhat insensitive . . . I’m now waiting six weeks to get access to basic information.”

Ms Haughey referred to a file on a woman who has died and the numerous letters which have been dispatched in pursuit of information but that she has been “met with obfuscation, grandstanding and stonewalling by the HSE, by the State Claims Agency and by CervicalCheck. I have written letter after letter after letter, including to the Minister for Health. I can’t even find out if my client’s late wife is even part of the Scally scoping inquiry; I can’t even find that out. Nobody will tell me.

“Some of these women don’t have time . . . they have lawyers, solicitors and barristers in and out of court every day, every single day. They are in the Four Courts and they are tirelessly, desperately trying to get access to information and they’re just being stonewalled, there’s grandstanding going on.

“It has now emerged that a very large firm of solicitors is representing the interests of Quest, which is one of the laboratories responsible. They have now put together a pro-forma letter which they are sending out.

“Whilst they acknowledge that they can get the slides for you . . . they’re saying, ‘no you need to provide us with information first, you actually need to tell us the entire medical history of your client’. And they want to know about every other smear, every other aspect of her cancer treatment before they’ll give you this information.

“I find that outrageous . . . I’m asking for information and they’re saying, ‘no, you give us information first, then we’ll give you the information you want.’ ”

I have to go down to the High Court now. I have to now issue proceedings

Ms Haughey explained that lawyers are looking for slides so they can get a second opinion. She went on to say that the letter from the legal firm representing Quest says they know it is practice to send slides to a nominated expert. They request the shipping address and say they will require the slides to be returned.”

They (Quest lawyers) requested details of every other single cervical smear that her client had undergone. They also wanted to confirm the identity of the laboratory that screened that smear, confirm if those smears are preserved and if they will be made available for inspection by Quest.

“I have to go down to the High Court now. I have to now issue proceedings on behalf of this gentleman and his family, this lady who left six children. I’m not charging anything, but I’m going to need outlay to issue summonses, prepare affidavits and engage barristers; €2,000 will not . . . cover that.

“We have to go outside this jurisdiction to get expert opinions, to do another look back. We need those slides and we need them now, so we can engage independent experts to look at what the laboratories did. Did they misread them? Did they misreport them? Did they just misdiagnose them?

“The only way to find that out is . . . those slides. And get your hands on the records to see what people did contemporaneously at the time.

“I feel like I have no choice but to issue proceedings . . . that’s the only way that my requests will be dealt with by the HSE, by the State Claims Agency and by CervicalCheck. I have to put my client to the expense of that, I shouldn’t have to do that.”