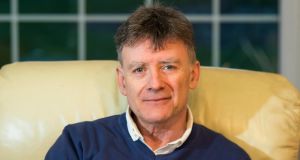 John Tobin from Tramore, Co Waterford. ‘They had to stand down the helicopter due to fog and in the end the only option was to drive me to Cork.’ Photograph: Mary Browne 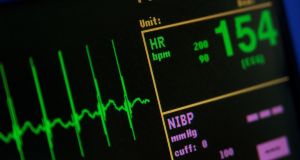 The single cath lab in Waterford is under constant pressure; last week, it closed for a day for maintenance. Photograph: Getty Images

Hospital campaigners in Waterford say they are seriously considering running a candidate in the next general election over the failure of the Government to improve cardiac services.

Three campaign groups in the city say they aim to step up the political pressure, particularly on Fine Gael and Fianna Fáil, in support of a long-running campaign for 24/7 services for patients with heart disease.

One of the organisations, the South East Patient Advocacy Group (SEPAG), plans to demonstrate outside University Hospital Waterford (UHW) at teatime next Friday to highlight the fact that it is the only one of the seven cardiac centres in the State that operates on a five-day, nine-to-five basis.

The group wants local Fianna Fáil TD Mary Butler to table a Private Member’s motion in the Dáil calling for the upgrading of cardiac service in Waterford and the wider southeast region.

Ms Butler has said bringing down the Government on the issue “will not deliver what we want”. “Instead, it will bring a period of instability that will do nothing to further the goal of 24/7 cardiac care.”

Campaigners have not been appeased by the Government’s latest attempt to defuse the controversy, with the promise of a mobile cath lab for Waterford to work alongside the single lab operating in UHW.

A cath lab is where angiograms are performed, along with scheduled and emergency stenting. The absence of a nighttime service in the southeast means emergency patients have to be rushed by ambulance, or helicopter when available, to Dublin or Cork for treatment.

The timing of the announcement of the mobile lab by local TD and Minister of State John Halligan, on the eve of a protest march in the city last month, has also rankled. “It was a cynical move,” said Hilary O’Neill of SEPAG. “He was sold a pup again.”

Dr Paddy Owens, a cardiologist at UHW, said: “Three weeks on from the announcement, we have yet to hear from anyone in authority what the plan involves. It’s not clear what is being proposed.”

Meanwhile, the rationale for the mobile cath lab – to reduce waiting lists in Waterford – has been undercut by the decision of the South/South West Hospital Group, against the wishes of local staff, to outsource hundreds of cardiac patients to public and private hospitals in Cork.

This will make a dent in the waiting list – there were almost 800 patients waiting for cardiac appointments in Waterford at the end of 2016 – but campaigners say it will do nothing to address the lack of out-of-hours cover for emergency patients in the southeast.

While the issue has attracted little sympathy nationally, a sense of resentment in Waterford has continued to grow. The Government effectively bought Halligan’s support at the time of its formation with a promise of improved cardiac services, a move that was widely deplored as an example of clientelist politics.

However, the deal was subject to a favourable verdict from an independent review, and when this report was completed it found against upgrading services in Waterford. Campaigners found themselves back where they started; in fact, worse off due to the negative publicity generated by the Halligan deal.

The cardiologists in Waterford have argued that the terms of reference for the review were skewed, while the methodology used in the report was flawed. It found that the unit in Waterford wasn’t busy enough to meet international standards for best practice. However, this assessment was based on the number of patients using the unit during its limited opening hours, rather than on an extrapolation of throughput for a 24-hour service.

“It is a regional issue,” said Matt Shanahan of the Health Equality for the South-East campaign. “But it’s also total discrimination. Waterford has one cath lab for a catchment population of 500,000, compared to 20 labs in Dublin.”

Patients suffering serious heart attacks have a 90-minute window for treatment, measured from the onset of chest pains. Patients who cannot be brought to a designated cardiac centre within that time – and that includes many living in the southeast – have to be transported to their local hospital for treatment with clotbusting drugs, and are then brought to a cardiac unit.

“These drugs are effective only 50 per cent of the time, so these patients are getting suboptimal treatment,” Shanahan said.

On the day of the recent protest march, it took 2½ hours to transport an emergency case from Waterford to hospital in Cork, locals say. The woman lives five minutes from UHW but, since its unit was closed, she had to be driven by ambulance out of the city to meet a helicopter despatched from Athlone.

John Tobin, from Tramore, is another patient whose emergency transport to hospital was less than straightforward. In September 2015, the 54-year-old started feeling unwell and his wife called the ambulance. First responders arrived in eight minutes and the ambulance in 25 minutes. He was diagnosed with a heart attack and it was planned to fly him to Cork University Hospital by helicopter.

“However, they had to stand down the helicopter due to fog and in the end the only option was to drive me to Cork.”

It took more than 90 minutes to get him to the operating table, where he received a stent and spent six days in intensive care.

Although he survived, Tobin is left wondering about the impact of the long journey on his medical condition. “It certainly didn’t help my recovery. If I had been treated in Waterford, they would have got to me far quicker. Instead, my heart was compromised. In these situations, every second counts.”

The single cath lab in Waterford is under constant pressure; last week, it closed for a day for maintenance. At one point, Dr Owens said, he had to take a patient off the operating table because an emergency case had just come in.

Waterford’s problems pre-date the current controversy over cardiac services. In 2012, when the Government was establishing regional hospital groups, it decided to put UHW in the same group as the hospitals in Cork, rather than make it the lead hospital in a group for the southeast.

“We were left in limbo, with no one at the table,” said O’Neill, who fears cancer services could be the next to be moved to Cork. The hospital group is headquartered in Cork and still does not have a board.

Locals look with envy at the political muscle of Cork, home to Simon Coveney, Micheál Martin and his health spokesman Billy Kelleher. “Waterford has suffered in its political representation. It hasn’t been on the front bench in government since Martin Cullen, ” Shanahan said. “There are a lot of interests ranged against this city.”

“People are getting tired of the short stick down here. The cardiology issue is becoming a sounding board for other deficiencies the region is suffering,” he added. “I don’t want to collapse the Government on 24/7 services here but I do want proper care delivered.”