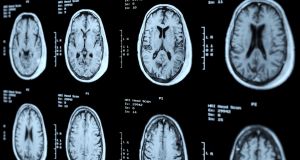 The scientists used MRI scans to see whether various brain regions were similar or different in terms of thickness. Photograph: iStock

Brains of seriously anti-social teenage boys are built differently from those whose behaviour is normal, scientists have discovered.

The brain scan study suggests that conduct disorder, a problem recognised by psychiatrists, is more than just a description of natural teenage unruliness.

Scientists compared the thickness of different brain regions in groups of young people, some of whom had been diagnosed with conduct disorder.

They found evidence of altered brain structure associated with the condition, which is characterised by persistent behavioural problems including aggression, violence, lying, stealing, and weapon use.

Dr Graeme Fairchild, from the University of Southampton’s department of psychology, said: “The differences that we see between healthy teenagers and those with both forms of conduct disorders show that most of the brain is involved, but particularly the frontal and temporal regions of the brain.

“This provides extremely compelling evidence that conduct disorder is a real psychiatric disorder and not, as some experts maintain, just an exaggerated form of teenage rebellion.

“More research is now needed to investigate how to use these results to help these young people clinically and to examine the factors leading to this abnormal pattern of brain development, such as exposure to early adversity.”

The scientists used MRI scans to see whether various brain regions were similar or different in terms of thickness.

Teenagers with childhood-onset conduct disorder had brain regions that were strikingly similar compared with those of their peers.

The brain regions of adolescent-onset conduct disorder teenagers, in contrast, displayed fewer such correlations than those of “normal” individuals.

In both cases, the findings are thought to reflect brain development disruption linked to conduct disorder diagnosed at different stages of life.

The researchers first studied 58 male adolescents and young adults with conduct disorder and 25 “typical” individuals aged between 16 and 21.

Their findings were then replicated in 37 individuals with conduct disorder and 32 “healthy” controls, all male and aged between 13 and 18.

The results are published in the Journal of Child Psychology and Psychiatry.

Co-author Professor Ian Goodyer, from Cambridge University, said: “Now that we have a way of imaging the whole brain and providing a ‘map’ of conduct disorder, we may in future be able to see whether the changes we have observed in this study are reversible if early interventions or psychological therapies are provided.”