Alcohol and other drugs kill two people a day in Ireland

Fatalities up 62% over 10 years, with half of those who died aged 39 or younger 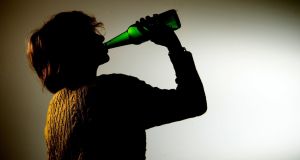 Alcohol was implicated in one in three deaths over the 2004-14 period. Photograph: Dominic Lipinski/PA Wire

Two people a day died from causes related to alcohol and other drug use in 2014, according to latest figures from the Health Research Board.

There were 697 drug-related deaths in 2014 and almost 6,700 over the preceding decade, a period that saw a 62 per cent rise in fatalities, the figures show.

Alcohol was implicated in one in three deaths and remains the single most common cause of deaths over the 2004-14 period.

“It is not just illicit drugs that are resulting in death,” according to Graham Love, chief executive of the board. “Over time we are seeing a rise in the number of deaths involving prescription drugs and cocktails of different drugs. Mixing drugs increases the risk of death, which is clearly reflected in these figures.”

Prescription drugs were implicated in 259, or three in every four, deaths by poisoning (overdose). Benzodiazepines were the most common drug group involved – diazepam alone accounted for 115, or one in three, of all poisoning deaths.

Two-thirds who died from overdoses were on a cocktail of drugs, with an average of four drugs taken.

The number of non-poisoning, drug-related deaths increased by 14 per cent, to 343 in 2014. One in four involved hanging and 13 per cent followed cardiac events.