How can a blackbird be white? It’s actually not that uncommon

Blackbirds topped the list of a British ‘abnormal plumage’ survey, at over 40%

Another Life: The remarkable Dara McAnulty and his connection with nature

Michael Viney: Mola mola, with its appetite for jellyfish, are in warmer Irish waters

Michael Viney: Despite the threat of disease, Ireland’s living elms can still surprise

Another Life: Our waders are growing fewer year by year

Two sea species whose enmity is carried by wind and water

The by-the-wind sailor’s sworn foe, the violet sea snail, floats upside-down alongside it

Michael Viney: The wayside ashes of the west stand as defiantly healthy emblems of their kind

Individual ants are certainly not smart, but their group wisdom may exceed our own

Another Life: The fox as he dwells among us

Michael Viney: A predator denning in parks, gardens and wasteland gets mixed responses

Another Life: As one of many of the world’s declining seabirds, puffins are now receiving much more necessary and serious attentio(...)

Another Life: A new book on the founders of the Tyler Prize shows their political influence

Lonely lapwings and the secret world of non-breeders

Another Life: Some floaters circle territories and sneak the odd ‘extra-pair copulation’

Does it matter whether my plants listen to Mozart or Bach?

Michael Viney: Plant intelligence rests in the ways by which they solve their problems

The rapid decline of the restless, chirruping house sparrow

Another Life: The disappearance of this bird from cities has prompted much research

Robinson has followed Mairéad, his wife and collaborator, into the list of Covid-19 fatalities

Counting hares under the spotlight

Sea change for the worse as alien seaweed unmakes the bed

The trouble with terrapins and two wild reptiles living in Ireland

The list of causes of damage is long, making it hard to know where to start

Mixed messages from politicians on biodiversity

All change on our once bustling highways and byways

Michael Viney: These hills are made for walking

The machair at Dooaghtry is teeming with rare and precious organisms

Dim the lights: Our world without darkness is an unnatural disaster

Michael Viney: The nocturnal dazzle of the western world is upsetting the natural order

How the dearg-a-daol became Ireland’s most feared beetle

Spot the difference: how Clare Island has changed in 100 years

‘They ruin picnics’: Our feelings about wasps will need reform

We may not like then as much as bees, but without wasps, we could be ‘overrun with spiders’

Digging below the surface of our 58 habitats, it’s clear some are thriving better than others

When mushroom picking, a little knowledge is a dangerous thing

How ballooning spiders fly through the sky

Fuschia bushes a promising habitat for the elephant hawkmoth caterpillar

The raccoons of Macroom: Look out for these escapees of the pet trade

In Ireland, raccoons join a long list of introduced and invasive mammals

Could mass planting of trees provide a climate change solution?

The unsung fate of the ocean’s Atlantic herring

As the ice melts, what will become of our planet?

‘Rewilding’ sounds so much better than merely ‘letting things go’

What the bramble lacks in hectarage, it makes up for in variety

Home to lizards and lichens: the distinctive ecosystem of dry stone walls

As the climate changes the 400,000km of stone walls in the Irish countryside need care

Michael Viney: Live by the sward

Researchers have turned to the promise of multi-species grassland

How can Irish people help stave off the end of civilisation?

Plankton, salt sprays and other potential solutions to climate change

Where are all the insects gone? My unease deepens year by year

Mulranny the proud last stronghold of the Old Irish Goat

Jellyfish make swimmers’ lives a misery but how important are they to the ocean?

River Barrow prepares for next hatching season of lampreys

The song of birds has engaged the human psyche for centuries

‘You could argue that blackbird sings the words, whereas mistle thrush speaks them’

A new chapter in Irish inshore life is about to begin

As large trawlers are restricted, ‘low-impact fishers’ take up a role in the coastal ecosystem

Straws in the wind of a storm that threatens us all

The Uninhabitable Earth a salutary warning for our increasingly threatened times

Storm petrels: why we have no idea how many are left

Give ivy a break – it’s a sanctuary for beleaguered wildlife

A beeline for extinction? ‘Let’s not accept that it’s too late’

Garden feeders have led to a goldfinch boom. Is this a good thing?

Are we sustaining goldfinches at an increasingly artificial level? And does it matter?

There’s no antidepressant like a good view of the sea

There is something touching and subversive about vegans

Alien invasion: strange creatures hitching a lift to a shore near you

Can coursing be good for hares? The strange answer is yes

As the clouds become more rain-laden, we’ll have to count on blocking highs from Siberia

Do you know your cetaceans from your elasmobranchs? Prove it

From the definitive Burren book, to a pine marten celebration and a study of the Liffey

Tussles for mussels: A species under threat in the Doo Lough valley

Shrinking populations should be welcomed by economists

Great tits: What a study tells us about their personalities 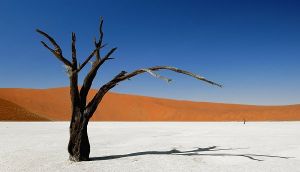 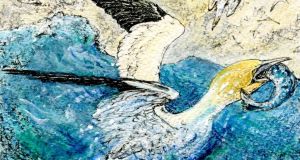 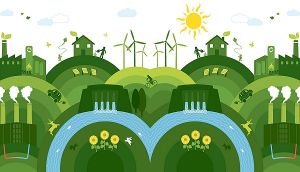 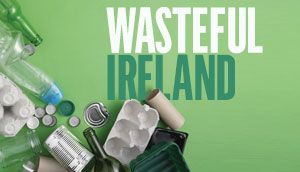