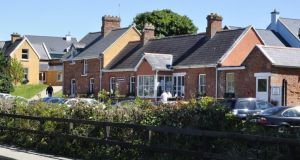 A west Cork maritime group has criticised Fáilte Ireland’s decision to sell off a 19th-century building which housed Ireland’s oldest international sailing school. The move is against the wishes of the local community.

The Baltimore Maritime Centre/Glenua sail training and maritime education group in Baltimore, Co Cork, says that Fáilte Ireland’s promotion of adventure activities such as sailing on the Wild Atlantic Way driving route “rings very hollow” in the light of the decision to sell the former Glenans training centre.

The tourism body has a €10 million budget to develop the 2,500km driving route from Malin, Co Donegal, to Co Cork.

The Glenans Irish Sailing Club, which was affiliated to the international sailing school founded by French Resistance members Philippe and Hélene Viannay in 1947, taught hundreds of people how to sail and improve their coastal and offshore skills in Baltimore from 1969 until its closure last year.

The red-brick building, dating from 1893, had originally been built as the southern terminus for a branch railway line from Skibbereen. Its deeds were subsequently vested in Cork-Kerry Tourism which leased it to Glenans.

The Glenans philosophy or “spirit” encouraged stagiares or students to qualify as voluntary instructors, ensuring that costs for courses were kept low.

Micheál O’Meara, chairman of the BMC/Glenua sail training group in Baltimore and a Glenans volunteer, says he is confident that the centre could be used to offer not only sailing courses, but also maritime education and training with local boat-builders and maritime archaeologists.

“ Our base at the historic railway station is a key anchor of the project,” he has said, “and the extended activities would be a major attraction for greater numbers of national and international visitors.”

The BMC/Glenua group says Fáilte Ireland, which took over ownership from Cork-Kerry Tourism, has refused to engage with it on continuation of the lease. It seems “determined to put the station and allied facilities, developed and expanded by Glenans, on the open market” for sale to the “highest bidder”, it adds.

As the building has no preservation order, it could be demolished, but there is a zoning restriction on its use. “Fáilte Ireland is our national tourism development authority, employed to support the tourism industry and work to sustain Ireland as a high-quality and competitive tourism destination,” the group says.

It points out that the tourism body’s website states that “Fáilte Ireland’s Wild Atlantic Way initiative presents a fresh opportunity for Ireland to target those with an interest in the great outdoors and particularly in adventure tourism”.

A Fáilte Ireland spokesman said it was precluded from commenting, but confirmed that the sale of the building was in the hands of local agents.