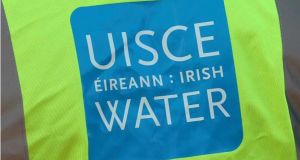 Irish Water says the construction of a new treatment plant, along with other upgrades, will ensure the Vartry scheme meets all drinking water standards

Irish Water’s €200 million planned upgrade of the Vartry reservoir, which supplies more than 200,000 in north Wicklow and south Dublin, will “destroy” the Vartry river, objectors to the scheme have said.

Permission granted by Wicklow County Council to Irish Water for the redevelopment of the 150-year-old water treatment plant has been appealed to An Bord Pleanála by State agency Inland Fisheries Ireland, the owners of Mount Usher Gardens in Ashford, the Avoca café chain, and several angling and environmental organisations.

The Vartry water scheme has had no significant upgrade since it was built in the 1860s, and has been identified by the Environmental Protection Agency as at risk of failure to meet drinking water standards.

Irish Water said the construction of a new treatment plant, along with other upgrades, would secure the water supply, and ensure the Vartry scheme met all drinking water standards.

However, objectors said Irish Water’s plans would reduce flow in the river from 15 million to 5 million litres of water a day, which could result in it drying up at times of low rainfall.

Konrad Jay, whose family owns Mount Usher Gardens, said the survival of the gardens, planted in the 1880s with varieties of rare rhododendrons, azaleas, and camellias, was entirely dependent on the Vartry which flows through them.

He said he did not object to the upgrade of the reservoir . “Indeed, we welcome it, but the river will not survive its flow being reduced by two-thirds,” said Mr Jay.

Donald Pratt of Avoca, which operates the café at Mount Usher, said if Irish Water reduced the flow of water into the Vartry “the river will essentially die”. This would result in a drop in visitor numbers to the gardens , which Avoca’s parent company, US-based Aramark, would be unlikely to tolerate.

“I personally believe that if Irish Water is permitted to destroy the river it will only be a short time before the board of Avoca will be instructed to terminate the lease.”

“While IFI is conscious of the ever-increasing demand for water supply in the Eastern River Basin District, it is not sustainable to continue to abstract water from the river Vartry during times of low flow when such action will result in significant adverse impact on the ecology of the river.”

IFI said Irish Water’s application was “deficient” in not having provided an environmental impact statement on the project.