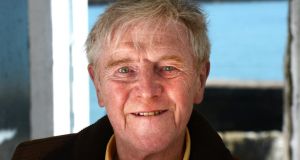 The Dún Laoghaire seafront resembles Monaco, but the main street is Beirut, a local businessman suggested during a public debate on the borough’s future last night.

A crowd of 200 people gathered for the debate hosted by the Dalkey Book Festival.

Bruce Katz, former chief of staff at the US department of housing and urban development, kicked off the evening by giving his his first impressions of the town.

“I was prepared for an American sort of decline. I was surprised when I came to Dún Laoghaire. All I can see is potential [of the main street],” he said.

“I don’t want to downplay the serious issues,” he added, however.

He said the town had location, the port, a “great” legacy and history in its favour to revive itself.

When he said he had seen the views from the third floor of the new Central Library and Culture Centre on the seafront, the crowd let out an audible moan and booed.

“Maybe I won’t mention the library too much. But maybe it’ll be one of those things Dun Laoghaire will look back in five to 10 years later and say, ‘that worked’,” he said.

A woman from the audience, who said she had lived in the area for 10 years, later said although it was good to think positive and to be forward- thinking, the library was a “big mistake” that should be discussed. “I can’t walk the pier anymore without nearly feeling sick with what I have to look at with that library,” she said. “Why not talk about demolition?”

The local council was criticised for concentrating too much on the seafront area of Dún Laoghaire, and also in relation to the library, the cost of car parking in the area and housing issues.

Councillor Patricia Stewart stood up in the crowd and said she was a member of the Business Improvement District.

“It would be a great pity to diss it before it really got started. They are a very enthusiastic group of people,” she said.

She said the bulk of council money had been spent on the seafront as that was where it owned land and it did not own any on the high street.

“Parking is going be overhauled. It’s a huge priority for BID.I would like us all to work in a unified way”.

Derek Bennett, owner of Harry’s Café, who was a member of the panel at the debate, said he had to make the difficult decision to cut his employees’ wages by 20 per cent to keep his business going.

“Footfall is still falling. It’s the reality for day-to-day business,” he said.

“To me I see two worlds, Monaco down the front and Beirut on the main street. It feels totally disconnected to me.”

Actor Eamon Morrissey, also on the panel, said he had lived in the town during the 1970s and it was “vibrant and proud”.

“I remember it as a good place to live. It has traditions and it can build from there,” he said.