Every year thousands of collisions take place on our roads. Every one reported to gardaí is classified as a fatal, serious or minor injury. By delving into tens of thousands of recorded incidents over recent years, it’s possible to identify key trends - right down to street level - such as the most dangerous types of road; the riskiest time of day to travel; and the road users most at risk of injury.

Which national roads have the highest death tolls?

The N25 (Cork-Waterford) road had the highest death toll between 2010 and 2012, with 12 deaths and 273 injuries. The next highest was on the N21 (Limerick-Tralee) with 11 deaths and 163 injuries over the same period. It was followed by the N11 (Dublin-Wexford), with 10 deaths and 334 injuries, and the N3 (Dublin-Cavan), with 10 deaths and 218 injuries. Based on deaths over this three-year period, the highest death rate per kilometre of national road was the N21. But road safety experts caution against labelling it one of the most dangerous roads in Ireland. That’s because, to calculate this, additional information such as traffic flow is required.

Who’s most at risk?


Driver fatalities have been falling in recent years — but pedestrians and cyclists face the biggest increased risk on the road. Pedestrian deaths are up 45 per cent between 2012 and 2014, up from 29 to 42 deaths. The number of deaths among cyclists over the same period increased by 50 per cent, up from eight to 12.

Motorcyclist deaths have also been falling, but they are still among the most vulnerable road users. In fact, the risk of dying in a traffic crash, per kilometre travelled, is about 27 times higher than it is for a car occupant, based on recent figures. Young people - especially men - are still those most at risk. Even though they accounted for just 5 per cent of licence holders, male drivers aged between 17 and 24 accounted for 25 per cent of road traffic fatalities based on the latest year for which figures are available.

When’s the most dangerous time to be on the road?


Summer tends to be the most dangerous time of the year, based on recent trends. Between 2010 and 2014, some 225 people died on the roads between June, July and August. Hundreds more were seriously injured. During the summer, weekends were most dangerous. Saturdays and Sundays recorded the highest number of fatalities, while Tuesdays had the lowest.

Across a full year, however, a different pattern emerges. In 2014 most fatalities occured between 8pm and 10pm, when 23 people died during this time last year. The next most dangerous time was the evening rush-hour, between 4pm and 6pm. Thursday was the most dangerous day of the week, with 40 deaths.

Which county has the worst safety record?


The majority of collisions take place in Dublin - but when the population and volume of people is factored in, it’s one of the safer counties. Louth, by contrast, has the highest number of collisions per population. (In the three most recent years for which numbers are available, it averaged about 1.6 collisions per 1,000 people). It was followed by Cavan and Roscommon. By contrast, Kildare has the safest record (0.9 per 1,000 people).

When broken down by towns, Enniscorthy - which the busy N11 runs through - has consistently had the highest collision rate per 1,000 people of any town in Ireland over recent years. Other towns with relatively high collision rates include Cavan and Belturbet.

The most dangerous stretches of road

The Garda has a list of 727 "speed enforcement zones" across the State where  significant mumbers of  collisions involving speed have occurred over recent years. A map of these routes can be viewed here. These guide the location of its "GoSafe" speed cameras, which target key days and times when collisions are most likely to occur.  To determine which section of road is  "most dangerous" requires traffic flow information, which isn't readily available on non-national roads. The National Roads Authority maintains a list of about 180 "high collision" areas, but has not released them publicly.

One of the sections of road with a particularly high casualty rate is a stretch of single carriageway between Arklow and Rathnew, which has claimed 33 lives over 25 years, making it one of the worst blackspots in the country. Last month, it was by-passed by a new section of the M11.


Despite a sustained safety campaign over recent decades, the failure to wear a seat-belt remains a major factor in fatalities. Over the past decade, about one in five of people who died on the road - which equates to about 75 individuals - were not wearing a seatbelt at the time of the collision.

Under the latest safety regulations, it is mandatory for the occupants of any car to use seat belts where they are fitted. A failure to do so can result in penalty points and a fine of up to €2,000.

Sharp rise in deaths among cyclists


Cycling has grown hugely in popularity in recent years. So, too, has the death toll. Last year 12 cyclists were killed on Irish roads last year more than double the number killed the previous year. Injuries, too, have increased sharply, up from 300 to 400 a year prior to 2012 to almost double that number in recent years.

An analysis by the Road Safety Authority indicates that morning and evening rush-hours tend to be the most dangerous times; the majority of injuries occurred in built-up areas. Most took place in daylight hours, with good visibility.

Almost half of cyclists were inured a junctions, with T-junctions accounting for most deaths. Among the most dangerous manoeuvres taken by drivers who collided with cyclists included right turns, followed by left turns. These alone accounted for four out of ten injuries to cyclists in 2012.

Driver fatalities down on Irish roads, but pedestrians and cyclists at more risk 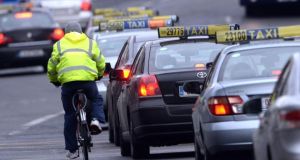 Summer most dangerous time to be on road, data shows 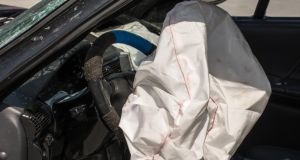 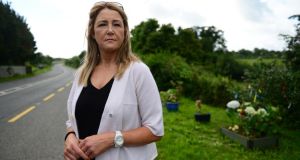 33 dead, dozens injured on one of State’s most dangerous roads