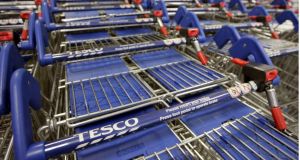 An appeal by An Taisce against Monaghan County Council’s decision to approve plans for a new Tesco at Ardee Road, Carrickmacross, led to An Bord Pleanála refusing permission because it would result “in an excessive level of retailing” that would “negatively impact” on the town. Photograph: Dara Mac Dónaill

A detailed look at the decisions by An Bord Pleanála shows that it takes a relatively consistent line against proposals for out-of-town retailing, on the grounds that such schemes would have an “adverse impact on the vitality and viability of the existing town centre” – wherever it is.

In July 2010, for example, the appeals board refused permission for a large retail development at Newtown, on the outskirts of Bantry, Co Cork, consisting of 7,200sq m of floor space and parking for 500 cars on the basis that it would be “at some remove” from the town centre.

Last December, though, it approved plans by developers Richard Coffey and Donal Hunt for a supermarket at Newtown after the site had been included within the settlement boundary of Bantry – subject to the net retail floor space being reduced from 2,776sq m to 2,082 sq m.

An appeal by An Taisce against Monaghan County Council’s decision to approve plans for a new Tesco at Ardee Road, Carrickmacross, led to the board refusing permission because it would result “in an excessive level of retailing” that would “negatively impact” on the town.

Planning inspector Siobhán Carroll advised the board that there were alternative sites closer to the town centre that could accommodate a large-scale retail facility with underground car parking, but it appeared that Tesco “did not consider” the option of basement parking.

In the case of Tuam, Co Galway, where developer Pat Donoghue was planning a retail-based mixed use development with 570 parking spaces on the N17, about a kilometre north of the town, the board rejected senior planning inspector Karla McBride’s recommendation in favour.

With a gross floor area of 16,500sq m, the board ruled that the scheme would “seriously injure the vitality and viability” of the town centre. It also had reservations about “road safety for pedestrians and cyclists”, saying this would need to be addressed.

An Bord Pleanála has also taken exception to the design of supermarkets as “single-storey, monofunctional development[s], with extensive surface car parking as a dominant feature”, the main reason for refusing a Tesco scheme on Nurney Road, Kildare.

However, the board gran- ted permission to Tiernan Properties for a classic Tesco “big box” in Roscrea, Co Tipperary, even though it is incongruously located right next to the town’s 12th century round tower and Hiberno-Romanesque gable of Saint Crónán’s monastery.

Last June, it approved plans for a new Tesco anchor store with 551 parking spaces at the Liffey Valley shopping centre at Quarryvale, west Dublin, on the basis that it is now officially designated as a “town centre”.