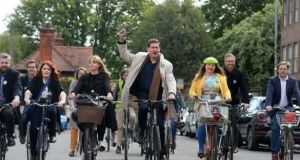 The Green Party met to discuss the text of a letter outlining its response of the two bigger parties.

To cut carbon emissions by 7 per cent annually as demanded by the Greens if they are to enter government with Fianna Fáil and Fine Gael, “will require far-reaching and transformative changes in energy technologies, infrastructure and behaviour”, according to climate and energy experts in University College Cork.

The task is made more difficult as there are “unanswered questions on the level of emissions reductions which can be met from agriculture”, conclude Dr Hannah Daly, Dr James Glynn and Prof Brian Ó Gallachóir in analysis published by The Irish Times on Thursday.

The UCC team estimate the climate and sustainability elements of the National Development Plan will require almost a doubling of investment from €22 billion to €40 billion to achieve a 7 per cent cut in emissions.

The energy system could decarbonise at 7 per cent annually but this would require far-reaching action backed by strong political consensus, they find, based on analysis of future trends completed at the Marine and Renewable Energy Ireland (MaREI) institute.

It has in the past undertaken analysis on decarbonising the economy for the Government and fulfilled a similar role for the EU.

The Green Party is seeking a cut of at least 7 per cent each year to 2030, in line what climate scientists indicate is necessary to avoid irreversible climate impacts – it also matches the revised EU target under the European Green Deal of a 50 to 55 per cent cut over the next decade.

The UCC analysis shows “emissions from the energy system can be reduced at this level, and that this could bring significant benefits to society, for health and wellbeing, jobs and economic growth at this critical time”.

However, they warn it requires “far-reaching and transformative changes in energy technologies, infrastructure and behaviour. Crucially, there are also key unanswered questions on the level of emissions reductions which can be met from agriculture”.

The Green Party wants to double emissions reductions in the Government’s climate action plan but “it is not clear, however, whether the additional measures they have set forth are sufficient to meet the overall target,” the researchers note.

Their analysis, however, “suggests cost-effective measures in electricity, transport and heat which could deliver the savings”.

Electricity generation would need to decarbonise the fastest. The ability to integrated renewables into the power grid will facilitate this but options on “carbon capture and storage” need to be considered.

Transport, currently almost totally fuelled by imported oil and responsible for around 40 per cent of energy-related emissions, can be the next most significant source of emissions savings. This “requires technological and demand measures across passenger and freight transport – not only electric cars, but biofuel and biogas use in road freight and shipping. It would also require a shift in travel patterns.”

The plan to massively increase funding for walking, cycling and public transport is necessary, the UCC team add, but “the scale of the challenge here should not be underestimated”.

Decarbonising heating, and reducing energy demand will be critical, the researchers add. “This would require us to stop burning coal and peat in our homes, to undertake an unprecedented energy efficiency retrofitting programme, and to almost eliminate oil from our heating systems, using instead efficient heat pumps running on electricity as well as sustainable biomass. In industry, a switch from oil to renewables and natural gas could also bring significant savings.”

Unless emissions from agriculture are reduced much faster than envisaged in the climate plan, energy-related emissions will have to be reduced by over 80 per cent (14 per cent annually) by 2030 to achieve the overall 7 per cent target, they say.

Renewable gas has great potential in reducing agricultural emissions and displacing oil and natural gas for heating and transport yet “struggles to have its role recognised” while hydrogen fuel will need to be considered.

Decarbonisation measures can play a central role in the economic stimulus needed in years to come but a plan to decarbonise will need to be flexible. “Changes will occur in the future, technology costs will change more than expected, sudden events will occur, economic fortunes will change. It’s vital that implementation and progress of decarbonisation is properly monitored and adapted.”

Given Ireland is currently on track to increase emissions annually, they say, legislation “to commit to legally-binding carbon budgets to give a strong signal to the economy and to hold stakeholders accountable” is needed. 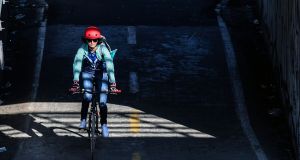 One Change: We may be at the beginning of a new era with changes starting to happen 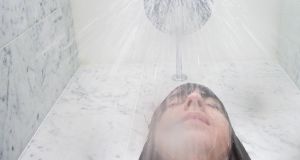 How to save energy, water and money with one minute

One Change: Showering for one minute less could save 1,800l of water a year 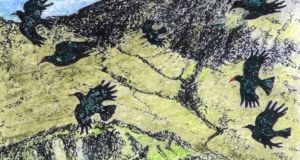