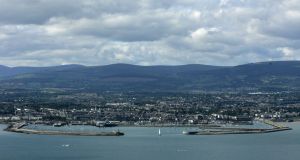 Approximately 150 attended a public meeting in Dún Laoghaire organised to mount a “major campaign” against a proposed cruise berth in the harbour.

The meeting, which was organised by Save Our Seafront, a lobby group chaired by local People Before Profit TD Richard Boyd-Barrett, heard the group was appealing to Minister for Tourism Paschal Donohoe to intervene and direct the €18 million project be “shelved”.

The meeting also discussed making submissions to the county development plan calling for the harbour to be protected from private residential development and large retail use.

The plan for the cruise berth involves demolishing the purpose-built Stena Line HSS ramps and moorings, and building a 390m cruise berth that could accommodate very large ships. The process would also involve significant dredging of the harbour.

The spokeswoman said there was a “substantial enough response” to the consultation process, including “some very detailed submissions”.

In a letter to Mr Donohoe the group states: “In our opinion this kind of berth is inappropriate for our Victorian harbour, and threatens public access and marine leisure activities in the harbour.

“More importantly, we are extremely upset at the lack of any comprehensive public consultation on the issue. The harbour company ran a badly advertised non-statutory public consultation process over the two weeks of the Easter holidays. Most of the residents of Dún Laoghaire only became aware of this as it ended.”

Save Our Seafront spokesman Fergal McLaughlin said he “very strongly believes” the people of Dún Laoghaire should have a say in the fate of the harbour. “It is well worth preserving, and we do not want to see it messed about,” he told the meeting.

Chief executive of the harbour company, Gerry Dunne, has said the cruise berth would bring 400,000 passengers to the town each year, which would represent a four-fold increase on scheduled visitors for 2015. This would be an estimated €27 million boost to the economy.

People Before Profit councillor Melisa Halpin told the meeting there was a “specific spend” that passengers and crew from cruise liners tended to engage in. These included electronics and “cheap wine”.

The berth project has the support of Dún Laoghaire Cruise Stakeholder Group, which is a coalition that includes Dún Laoghaire-Rathdown County Council and the local Business Improvement District company.

Declan Gannon, who said he was a businessman in the area, was critical of the “community versus business interests” paradigm that he said the debate had been formed around.

Despite the BID’s support for the proposal, he said the “real business people” in Dún Laoghaire were against it.

Another man said she had been sailing in the harbour since he was ten years old, and that the presence of large cruise ships would be a “monstrosity” which would “ruin leisure activities” in the harbour.

Jean Grogan, who told the crowd she a local person, was critical of the Harbour Company and said there was no evidence to suggest passengers on cruise ships “would spend anything substantial” in the town.