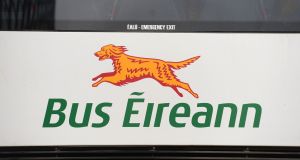 The parents contacted Bus Éireann and spoke to an inspector who indicated the taxi driver was being reasonable. Photograph: Dara Mac Dónaill

Bus Éireann has been ordered to pay €5,000 to an autistic teenager who was told he was no longer allowed to eat toast in the back seat of his school taxi.

In the Equal Status case, the Workplace Relations Commission (WRC) found the company discriminated against the 16-year-old on the grounds of his disability.

The boy’s parents submitted that due to their son’s particular dietary requirements he would have his breakfast in the taxi en route to school. They maintained his routine was an extremely important element of his life and any changes in his routine could cause difficulty and regression in his development.

From 2015, the boy’s needs were facilitated by a taxi driver contracted by Bus Éireann to provide a school transport service to his special needs school.

In 2016 a new taxi driver was appointed by Bus Éireann to provide the lift, and the routine of the teenager eating his breakfast while in transit to school each morning was accommodated without a problem.

However, on January 27th 2017, the taxi driver said he was getting a new taxi worth €60,000 and asked that the teen no longer eat toast in the vehicle. The taxi driver also told the parents it was a Bus Éireann policy not to eat on school transport.

The parents contacted Bus Éireann a number of days later and spoke to an inspector who indicated the taxi driver was being reasonable. The inspector said the teenager would be given one week to stop eating in the taxi.

The parents stated that as a consequence of these changes their son stopped eating breakfast altogether, and that the effect of the decision not to reasonably accommodate him had a significant impact on his behaviour and development.

Bus Éireann denied it discriminated against the boy and submitted that the services were being provided by a taxi subcontracted by Bus Éireann and the correct respondent should be the taxi company providing the services.

However WRC Adjudication, Gerry Rooney found the evidence demonstrated the boy’s disability required structure and routine in his life to accommodate his disability.

Mr Rooney said that as the provider of the service, Bus Éireann, had an obligation to facilitate the specific needs of the boy’s disability.

He ordered Bus Éireann to pay €5,000 to the the teenager and also further ordered the company to consult with the boy’s family without delay in order to reasonably accommodate the teenager’s school transport needs.

He said: “There was no evidence provided that when the complainant was being reasonably accommodated previously that any soiling of the taxi occurred, or if soiling had occurred in the past that it presented an unreasonable cost to the taxi driver, or the respondent.”

Stephen Donnelly: You should not go on holiday abroad 09:46
At least 79 patients died after getting Covid-19 in hospital 08:05
Husband of Jean Eagers charged with her murder 06:33
BT Young Scientist & Technology Exhibition to go virtual in 2021 06:00
Researcher contracts under strain as economic recession looms 06:00