Galway city profile: There could be a dogfight in each of three wards

Galway may be the State’s most ethnically diverse city, with several “new Irish” candidates standing in 2005 and 2009, but that rich cultural mix is not reflected in lamp post literature this time round.

Several outgoing councillors have forged close links with immigrant communities, yet it had been expected the increase in city council seats from 15 to 18 might have encouraged a more concerted attempt for non-national representation.

Lack of awareness about eligibility to vote, lack of integration, and a “fear” factor within some of the more vulnerable minority groupings are perceived to be influences.

Even before the lively lime-green posters for non-candidate Edvard Hund – championing the “under-dog” – began competing for space this week, there was a consensus that there would be a dogfight in every one of the three wards, represented by a cross-party and Independent mix since 2009.

Boundary revisions have affected two of the three wards, with the east losing a chunk of its area to the city centre, while the sprawling west sees no change.

If there is a Sinn Féin bounce it will benefit Mairead Farrell (24), the youngest candidate and a member of her party’s ardcomhairle.

Non-party businessman Noel Larkin and Anti-Austerity Alliance candidate Conor Burke complete the line-up in an area of the city which extends from Mervue and the Murrogh to Wellpark and Ballybane.

The boundary changes influenced sitting Fine Gael councillor Frank Fahy’s move to the City Central ward. The taxi driver, who was co-opted to fill the vacancy left by Brian Walsh’s election to the Dáil, has been supportive of local Menlo issues, such as its mature woodlands extending to Doughuisce.

However, he is in a very crowded field, with party colleague and current city mayor Pádraig Conneely among five sitting councillors and 10 others competing for six seats.

Labour postmaster Billy Cameron has been hampered by a back injury, but is hoping to be returned along with party colleague Colette Connolly, while seafood retail worker John McDonagh is also on the party ticket.

Fianna Fáil publican and sitting councillor Ollie Crowe is running with Nicola Deacy, who claimed recent damage to windows at her campaign headquarters in Shantalla was “politically motivated”.

National profile
Green Party agriculture, food and marine spokesman-cum-cheesemonger Séamus Sheridan enjoys a national profile, has ideas for a city-based fresh food market, and has been vocal in opposing Bord Iascaigh Mhara plans for a fish farm in the bay.

However, some of his city central rivals believe that bread-and-butter issues dominate this campaign, with catering assistant Kiran Emrich of the People Before Profit Alliance and carpark attendant Seán Byrne of the Anti-Austerity Alliance (AAA) focusing on this vote.

Galway City West ward has a strong middle-class composition, extending from the Claddagh and Salthill to Taylor’s Hill and Knocknacarra, and 11 candidates are competing for six seats. Among the 11 are barrister Catherine Connolly (Ind), solicitor Peter Keane (FF), post office official Donal Lyons (Ind) and retailer Niall MacNelis (Labour), while business manager Michelle Murphy was co-opted to replace Fine Gael’s Hildegarde Naughton when the latter was appointed to the Seanad.

Teacher Cathal Ó Conchúir is running for Sinn Féin, and AAA nominee, painter and decorator Tommy Holohan, has been tipped as someone who could “upset the apple tart”, in the words of former taoiseach Bertie Ahern.

Other non-party candidates in the west include engineer Marc Anderson and teacher Tommy Roddy, whose slogan is “Roddy for recovery”.

Loss of medical cards and anti-social behaviour, ranging from roaming horses in east side estates to binge drinking, have also come up on doorsteps.

Sectoral issues include the recent allocation of grants to various arts groups, planning that appears to favour large retailers at the expense of family businesses, and the absence of pedestrian crossings in residential areas. 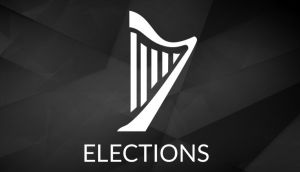