Special schools may be permitted to reopen on a voluntary basis 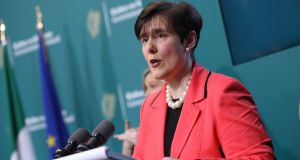 The Department of Education is understood to be exploring whether to allow individual special schools to reopen if enough staff are willing to return on a voluntary basis.

However, sources say there are concerns that such a move would be divisive and antagonise school staff unions.

Most stakeholders feel the fastest pathway towards reopening special education rests on building confidence among staff over the safety measures and seeing a decline in virus transmission rates in the community.

The Irish National Teachers’ Organisation (INTO) and Fórsa, the union which represents special needs assistants, resumed talks on Thursday with the Department of Education over reopening schools.

All sides have reaffirmed their commitment to the earliest possible resumption of services to school students with additional needs.

It follows the collapse of plans to reopen schools earlier this week amid rancour and acrimony.

Yesterday, Ministers and the unions were keen to emphasise that they were willing to re-engage and work towards solutions.

INTO general secretary John Boyle said talks with the department were “constructive” and the union hoped to raise the reasonable concerns of members to find a route towards a “safe and orderly reopening”.

Fórsa said it shared the goals of the department in making in-school provision for students with special education needs available as soon as possible.

In a communication to its members, the union said: “It’s our intention to continue to explore realistic measures to improve safety provision and rebuild confidence, just as we were doing prior to the Government’s announcement on Tuesday.”

Separately, the Government is being urged to provide emergency supports to children with disabilities and their families due to the continued closure of special education.

Advocacy groups representing people with disabilities raised the issue with Ministers on Thursday and said it was vital that some form of in-person supports are made available.

Meanwhile, an advisory group on the State exams is due to discuss planning for the Leaving Cert on Friday.

The Irish Second-Level Students’ Union (ISSU) will present the findings of a survey of its members which found that just 4 per cent support current plans to hold a “traditional” Leaving Cert in June.

ISSU president Reuban Murray said the results showed that students want clarity and it was time for the Department of Education to “learn from the mistakes and delays of last year”.

“We need to plan now for what might be happening regarding exams and the reopening of schools in the coming weeks and months,” he said.

“We’re asking for compassion for the thousands of students who – up until now – have been asked to carry on as normal in what are completely abnormal times.

“It is clear that we need to try something different, and we’re ready and willing to contribute to this with our recommendations in this report.”