Minister warned colleague before budget: 'There are now more SNAs than gardaí' 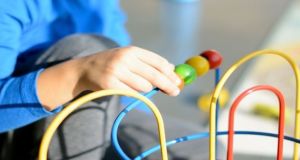 Spending on special education has grown by almost half a billion euro since 2011, a rise of almost 40%. File photograph: Getty Images

Minister for Finance Paschal Donohoe has expressed alarm over sharp increases in the cost of education for children with special needs, which is costing the State more than the entire higher education system.

A briefing paper prepared for Mr Donohoe, released under the Freedom of Information (FoI) Act, stated that special education expenditure was growing at a “concerning rate” and called for a prompt review of the special needs assistant (SNA) scheme.

“Also, given the growth we have seen in the number of SNAs – there are now more SNAs than gardaí – it is important that the estimate of demand for SNAs reflects latest demographics...”

Spending on special education has grown by almost half a billion euro since 2011, a rise of almost 40 per cent.

The paper, prepared for a meeting between Mr Donohoe and Mr Bruton a few weeks before the Budget 2018, also expressed concern at increases in the cost of school transport for special needs children.

It said this should be reviewed quickly to see “whether children with special education needs are best served by school transport provision as is currently provided”.

Records released under FoI also show Mr Bruton faced a battle to secure additional funding beyond what was initially offered by Mr Donohoe.

“There are real pressures in 2018 which need to be accommodated. We cannot meet these pressures and deliver any new initiatives for schools within these figures,” Mr Bruton’s briefing note stated.

“This has serious implications in sensitive areas where there are growth pressures such as school transport and special needs,” the document stated.

Mr Bruton later secured an increase of almost 6 per cent in the wider education budget to just over €10 billion, including funding for an additional 1,090 SNAs.

“The only alarming thing is that a Government department has not anticipated these increases. The child population is increasing, there are medical advances and better diagnosis,” she said.

Fianna Fáil’s education spokesman, Thomas Byrne, said: “I hope these forthcoming spending reviews will be based on securing the best outcomes for children , and not just financial considerations.”