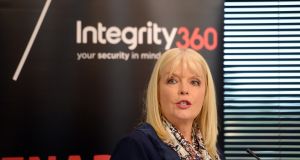 Minister of State Mary Mitchell O’Connor has broken with official Government policy by expressing support for the principle of equal pay for equal work for teachers. Photograph: Eric Luke

Fianna Fáil has called on the Government to introduce equal pay scales for teachers within the next two years.

It follows controversy after Minister of State Mary Mitchell O’Connor broke with official Government policy by expressing support for the principle of equal pay for equal work for teachers.

Officials put the knock-on costs of reversing austerity-era pay scales at about €80 million a year for teachers or €200 million across the wider public sector.

“We will be pushing the Government to agree a roadmap with unions on how full pay equality will be achieved.

“We need to reassure teacher unions, especially the INTO [Irish National Teachers’ Organisation], on the new entrant issue, and give them a robust commitment of how full pay equality will be achieved.”

Earlier, in an interview on RTÉ, he said pay equality could be secured over the course of the next two budgets.

Mr Byrne said that as a result of pressure from Fianna Fáil, unions and teachers, the difference between new teachers and teachers on the old pay scale had narrowed substantially. “However more clearly needs to be done to bridge the gap,” he said.

“The squabbling that has been on display between Fine Gael Ministers as a result of Minister Mary Mitchell O’Connor’s off-the-cuff remarks yesterday do nothing to clarify how pay equality for new teachers will be achieved in the coming years.”

Minister for Education Richard Bruton, meanwhile, has reiterated the Government’s position that the issue of equal pay will be addressed within the terms of the draft public sector pay deal.

This agreement commits to an examination of the issues over the coming 12 months. However, the deal is likely to be rejected by all three teachers’ unions on the basis that this does not go far enough.

The INTO, which has already rejected the deal, said it hoped Ms Mitchell O’Connor’s comments would gain support at the Cabinet table.

“Pay inequality, whether on grounds of gender, age or other grounds, is unacceptable,” said INTO general secretary Sheila Nunan. “The Minister has backed the INTO’s point of view that legislation that allows this is wrong. Primary teachers will welcome the support of Mary Mitchell O’Connor to tackle pay inequality in the profession.

“I look forward to her fighting the case for equality with her Government colleagues at the Cabinet table.”

Ger Curtin, president of the Association of Secondary Teachers, Ireland (ASTI), said it was now time to end two-tier pay scales. “The issue has not gone away, and is the number one priority for the ASTI .”

The union’s standing committee has recommended that the union reject the agreement.

The Teachers’ Union of Ireland (TUI), which begins balloting members next week, has also called on members to reject the deal as it was “completely unacceptable” that colleagues were paid significantly different rates for carrying out the same work.