Woman charged with murder of housemate in Limerick 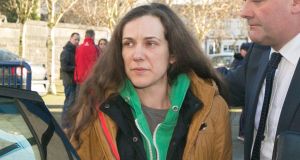 Monika Matracka arriving at a special sitting of Limerick District Court in connection with the death of Michal Rejmer. Photograph: Brian Gavin/Press 22 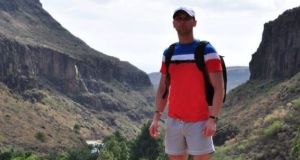 Monika Matracka (34), with an address at The Pines, Briarfield, Castletroy, Limerick, was charged with murdering Michal Rejmer (above) on a date between December 30th and 31st last year

A woman has appeared before a special sitting of Limerick District Court charged with murdering one of her housemates in Limerick.

Monika Matracka (34), with an address at The Pines, Briarfield, Castletroy, Limerick, was charged with murdering Michal Rejmer (38), on a date between December 30th and 31st last year.

According to the State’s charge sheet, it is alleged Ms Matracka attacked Mr Rejmer with a knife at the house they shared with a third man at The Pines, Briarfield, Castletroy.

“She did not make any reply after caution,” Det Sgt Ryan added.

Mr Rejmer’s body was discovered last Friday concealed under plastic sheeting, two pallets and bags of turf at a garden at the house he shared with Ms Matracka.

Mr Rejmer, originally from Poland, was reported missing on January 6th. He was last seen on December 30th.

A postmortem on Mr Rejmer’s body was carried out on Saturday by State Pathologist Professor Marie Cassidy. Gardaí have not released details of the postmortem.

The victim was working in McDonalds in the Castletroy area of Limerick and had been living in the city for the past ten years.

He was a popular member of Dooneen Athletics Club and had run several marathons including the Dublin City Marathon.

Ms Matracka was remanded in custody on remand to Limerick Prison.

In court on Sunday afternoon, Judge Mary Larkin ordered that Ms Matracka receive all necessary medication while in custody.

Ms Matracka, who was granted free legal aid, was remanded to appear before Limerick District Court again next Tuesday.

1 Over 2,000 buyers bid for first affordable homes planned for south Dublin in years
2 Storm Dennis washes abandoned ‘ghost ship’ onto rocks off Co Cork
3 Caroline Flack death: Public disquiet over media conduct grows
4 Forget a grand coalition – here is what the next government will most likely look like
5 Fine Gael faces internal resistance to a grand coalition with FF and Greens
Real news has value SUBSCRIBE