Both men were discharged from hospital and are recovering at home 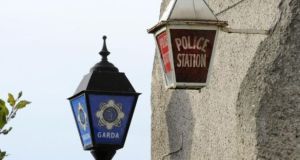 On Saturday a garda, aged in his 20s, was struck by a car on the M1 Motorway. At 1.45pm the garda and his colleagues from the Dundalk Roads Policing Unit pulled over a car along the northbound carriageway near junction 20, while conducting speed checks.

The car came to a stop and the Garda walked from his patrol vehicle to speak to the driver. The driver then accelerated suddenly, hitting the Garda and throwing him to the side before fleeing the scene.

The garda was taken by ambulance to Our Lady of Lourdes Hospital in Drogheda where he was treated for a broken collarbone and assessed for concussion. He was released shortly after midnight on Sunday and is convalescing at home.

“He got a good whack. It could have very easily been fatal,” one local garda commented.

General secretary of the Garda Representative Association Pat Ennis said the incident could have had far more serious consequences.

The driver of the vehicle involved in the hit-and-run has not yet been located.

Gardaí in Dundalk are appealing for any witnesses to the incident to come forward, along with road users with dashcam footage who were on the M1 route at the time of the hit-and-run on Saturday afternoon.

In a second incident, a garda, also aged in his 20s, was hospitalised after allegedly being attacked during a drugs search in Dundalk. A man has since been charged with assault.

The alleged assault occurred as two gardaí questioned a man following the seizure of a small amount of drugs at a house in the Glenwood Area at about 9pm on Saturday.

The garda suffered injuries to his face and hands and may have sustained a concussion. He was taken to Our Lady of Lourdes Hospital and was later discharged.

A second garda was also allegedly attacked during the incident but did not require medical attention.

A man was arrested at the scene and taken to Dundalk Garda station where he was detained under section 4 of the Criminal Justice Act, 1984.

The suspect has since been charged in relation the incident and is due to appear before the next sitting of a District Court on Monday morning.

Louth GRA representative Derek O’Donoghue said the incident “goes to show the hazards of the job. People don’t realise that you come to work on time, you finish on time but no one knows what will happen in between.”

It is understood Dundalk was busy on Friday and Saturday with large numbers of people coming down from Northern Ireland to socialise in the newly opened restaurants and gastropubs. However, there were no other major incidents reported.