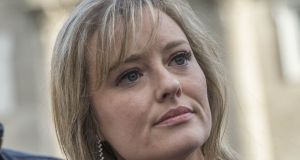 Three PSNI officers have been disciplined after failings were identified by a Police Ombudsman investigation into how allegations of sex abuse made by SDLP councillor Máiría Cahill and two other women were handled.

Ms Cahill is a current SDLP councillor for Lisburn and Castlereagh, a former Irish Labour Party Senator, and a member of a prominent republican family. She alleged to police in 2010 she had been raped by IRA member Martin Morris from 1997 to 1998, and said she was later subjected to an IRA “kangaroo court” investigation.

Two other women also said they had been abused as children by Mr Morris.

In 2014, the trials of Mr Morris and of those accused of involvement in the IRA investigation collapsed when Ms Cahill and the other women withdrew their evidence, citing a loss of confidence in how the matter had been dealt with.

In 2015, a report by Keir Starmer – former chief of the Crown Prosecution Service, now a Labour MP – concluded it was “almost inevitable” that Ms Cahill and the two other alleged victims would decide to withdraw their evidence.

Following the publication of Mr Starmer’s independent review, the then director of the public prosecution service in the North, Barra McGrory, apologised to the women.

A statement from the North’s Ombudsman’s Office, on Wednesday, regarding how the PSNI handled the complaints, said it had been found that police failed those who were said to have been abused.

While he concluded that the PSNI investigation had failed the alleged victims, he did not support allegations that it chose not to arrest some of the individuals concerned because they were police informants, and that the case had been subject to political interference.

Dr Maguire was critical of the decision not to hold a serious case review and the circumstances of the police decision to split its investigation across two units: one dealing with victims of sexual assault, the other with experience in dealing with terrorist issues.

His investigation also did not support the claim that police inaction was such that Ms Cahill had to direct how the investigation progressed, but said its lack of a strategy for researching information already in the public domain contributed to her mounting concerns.

Dr Maguire made seven recommendations for changes to PSNI policies, and that four police officers be disciplined.

Three of the officers have been disciplined. The fourth has retired.

A PSNI statement on the nature of the sanctions has been requested.

A statement from Ms Cahill’s lawyer welcomed the Ombudsman’s conclusion that Ms Cahill had been failed by police as a victim of serious crime.

PSNI chief constable George Hamilton apologised “unequivocally” for the hurt caused to the three victims in a statement.

“At the heart of this report are three victims abused as children, who were then failed by their police service.

“I apologise unequivocally for the hurt and distress caused to them and for the failures in the police investigation.

He said the report found “failures by the RUC in 2000, to share vital information which linked a man to the alleged abuse of children.

He said the ombudsman satisfied such information would not go uninvestigated today, it noted other failures in the investigation.

“These standards fall very short of the high expectations that I and my officers set ourselves and that the public expect.”

He said all the recommended changes to PSNI policies had been implemented.

He said there had been many changes to the PSNI since the report was made including the introduction of a public protection branch in 2015.