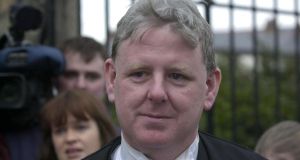 The Supreme Court’s landmark decision to relax rules on evidence in criminal trials will provide a “get-out clause” for gardaí who do not adhere to high standards, a leading barrister has said.

Senior counsel Michael O’Higgins said the decision, which led to a 4-3 split on the Supreme Court, would have “huge practical implications” and would inevitably lead to a decline in standards by investigating gardaí. He said the law on warrants would be “completely transformed”.

The decision relaxes a long-standing rule that bars the State from using evidence obtained in breach of a constitutional right, regardless of whether or not the breach was deliberate. A new test set out by the Supreme Court will allow such evidence to be used if the prosecution can show the breach was inadvertent.

The decision was trenchantly criticised by Mr Justice Adrian Hardiman, who in a dissenting judgment said his colleagues in the majority had given An Garda Síochána “effective immunity from judicial oversight.”

He said he was “horrified” at the decision to “cut down” the 1990 decision known as DPP v Kenny, which had set tight restrictions on the use of unconstitutionally-obtained evidence.

“Under this new judgment, there’s a get-out clause to say ‘well, it was a mistake, I didn’t know.’ That actually puts a reward on ignorance of the law,” he said.

Types of evidence excluded at trials when found to be unconstitutionally obtained include search and arrest warrants, confessions taken in Garda custody and bodily samples. “Under the new judgment, as far as warrants are concerned, the law will be completely transformed,” according to Mr O’Higgins, a criminal law specialist.

He said it was inevitable that investigative standards would slip. While the courts every week saw examples of the many gardaí who worked professionally, skilfully and conscientiously, there were also “elements within the force that don’t adhere to those high standards,” he said.

“Hitherto, the consequences of not doing what needed to be done correctly were significant. Now they’re far less significant, because if you can convince the court that you weren’t breaching someone’s rights where you were aware that you were doing it, there is a get-out clause now. Invariably, standards will slip. That’s inevitable. In any large organisation that is supervised in that way, you would get the same result.”

In his dissenting judgment, Mr Justice Hardiman, who was in a minority with Mr Justice John Murray and Mr Justice Liam McKechnie, detailed the critical findings of tribunals of inquiry into Garda conduct and recalled recent “deeply disturbing developments” in relation to the force and its oversight.

He cited Minister for Justice Frances Fitzgerald, who noted in July last year “the significant recent disquiet over the administration and oversight of justice in this State.” The judge added: “I consider it utterly unwise, to use no stronger word, to grant to the gardaí, in that context, the effective immunity from judicial oversight which this case does.”

Mr O’Higgins took up the same point, saying tribunals and other forms of inquiry into An Garda Síochána had found the force wanting. “One would have thought the argument would be to tighten matters up, not to relax them,” he said.

Asked whether the judgment would “swing the pendulum” back in favour of the public desire to see people convicted of crimes they commit, rather than getting away on a technicality, Mr O’Higgins said the idea that this would make “those sorts of people” more amenable to the system was “only superficially attractive.”

“You generally find that the people who both promulgate that line and people who think it’s a good thing are themselves never likely to be affected by this relaxation of the rule,” he said.

While many people, “middle class people in particular”, had certain views on the criminal justice system, the same people, when they or their adult children were involved, were “very vigilant, very anxious that whatever rights and civil liberties that are in place ought to be applied to them or to their son who is in trouble.”