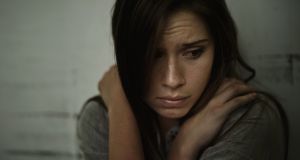 Sexual offences had already reached record levels in recent years and have increased again in the 12 months to the end of June. Photograph: iStock

The number of sexual crimes reported to gardaí are the highest on record, the latest Central Statistics Office (CSO) data shows.

Sexual offences had already reached record levels in recent years and increased again in the 12 months to the end of June, by a significant 9 per cent.

At no point in the history of the Republic have there been more sexual crimes reported to the Garda.

However, security sources say it is impossible to determine if more sex crimes are being committed or if victims are now proving more willing to come forward due to the impact of #MeToo and other campaigns.

The 9 per cent increase in sexual crimes recorded by the Garda saw 3,286 alleged crimes reported in the 12 months to the end of June.

The CSO figures also indicate the number of fraud offences recorded increased 34 per cent in the 12 months to June 30th; from 5,405 to 7,265 recorded incidents.

They show too that while the number of homicides in the Republic has plummeted by 40 per cent over the past 12 months, there are worrying increases in many other crime types, some of which appears linked to the recovering economy.

After a near decade of decline in crimes linked to the drugs trade, a resurgence now appears to be under way; drugs offences are up 16.6 per cent and weapons offences, which includes gun crime, are up by 7 per cent.

Burglaries and related offences have reduced by almost 10 per cent, a significant drop considering burglary rates have been at or near record lows in recent years.

The ever decreasing burglary rate is regarded as one of the Garda’s success stories; a major drive against the country’s most prolific burglars under Operation Thor proving very effective.

However, while burglaries are down and homicides have also fallen by a very large margin, there is much to concern senior Garda management in these figures.

Offences linked to increasing disposable incomes are all increasing and that trend looks set to continue as Ireland’s recovering economy moves further out of the recessionary years.

The rise in drug crime, for example, can be directly linked to the increase in disposable incomes for drug users, the vast majority of whom are recreational users rather than addicts.

Assaults are also increasing as are arrests for disorder and drunkenness. The latest CSO statistics reveal assaults, threats and related offences are up by almost 7 per cent in the 12 months to June 30th compared with the previous corresponding period.

The figures are contained in the latest round of CSO crime data released on Friday.

They are published “under reservation,” which means the CSO is still working with the Garda to improve the accuracy of the raw crime data the Garda collects for supply to the CSO.

The fall in the homicide figures is driven by a reduction in dangerous driving leading to death cases.