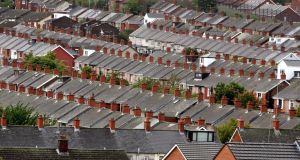 A Belfast girl who claimed she would be at risk walking to school through a Catholic neighbourhood has failed in a High Court challenge to being denied free transport.

The child’s mother was seeking to overturn an education board decision not to provide travel assistance for the journey to and from Belfast Model School for Girls.

The child, who cannot be identified, had been turned down for a bus pass after being assessed as living less than three miles (4.8km) from the all-girls school. Part of her challenge involved a claim that a walking route took her through the Ardoyne district.

Lawyers for the girl argued that the perceived hostility of its residents to people from the Protestant/Unionist community amounted to exceptional circumstances. It was contended that being seen in Ardoyne in a Girls’ Model uniform would identify her as a Protestant girl and put her at risk.

An alternative perceived “safe” route measured 3.2 miles (5.1km) and met the criteria for a bus pass, according to their case. Judicial review proceedings were issued after the Belfast Education and Library Board refused the travel assistance application and a subsequent appeal.

A judge was told the girl feels unable to walk the designated route because of her sex, age, and religion. To ignore these factors would breach her rights to privacy and freedom from discrimination under European law, her legal team argued.

The court also heard the girl took two buses to get to school each morning as an alternative dropped pupils off at the Boys’ Model first, leaving her late. Her lawyers claimed this denied her the same access to school as a child from a higher income group whose parents could afford two bus fares to ensure they reach class on time.

Ruling on the challenge, Mr Justice Treacy acknowledged the three-mile starting point for issuing bus passes may appear arbitrary and unfair. “These outcomes are a reflection of the fact that the State has limited resources and, in allowing what resources it does have, it must devise rules of general application to everyone,” he said. Dealing with the presumed danger for a Protestant girl walking through Ardoyne, he said the issue of perceived risk afflicts families from many communities in Belfast.

The board has provided dedicated safe bus routes to the relevant schools as a solution. Mr Justice Treacy held that the refusal of a bus pass did not require the girl to walk the designated route. After examining further claims based on her family’s income, he dismissed the application for judicial review.