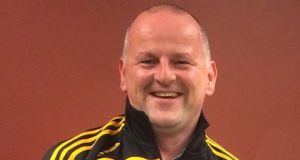 A man has been charged with assaulting Liverpool FC supporter Seán Cox, police have said.

Merseyside Police said Simone Mastrelli (30), from Rome, had been extradited after being arrested on a European Arrest Warrant in Italy in connection with the assault outside Anfield ahead of the Champions League match between Liverpool FC and AS Roma on April 24th last year.

He has been recovering at the National Rehabilitation Hospital in Dún Laoghaire.

A police spokesman said: “Mastrelli was extradited back to England yesterday and has been charged with Section 20 assault and violent disorder.

He appeared in court on Friday and has been remanded in custody.

Over the new year, Mr Cox’s family said they were thankful for the wave of public support and sympathy he had received from across Ireland and the UK, and across football.

His wife Martina Cox said he still had the “battle ahead” of a long-slow recovery but was now eating and drinking independently after spending weeks incapacitated.

Mr Cox, a sales director, spent four-and-a-half weeks at the Walton Centre in Liverpool, a specialist neurological unit for brain injuries, following the attack, before being airlifted to another specialist unit at Dublin’s Beaumont Hospital.

The Gaelic football fan was a keen golfer and runner before his brain injury, and was due to run the Dublin marathon before the attack.

Ongoing fundraising has raised more than €1,000,000 to date to help his family.

Liverpool FC will host a special legends game at the Aviva Stadium in Dublin on April 12th in aid of “SupportSeán”, the Seán Cox appeal.

A squad of former Reds will line up against an Ireland XI team, with proceeds raised from the match donated to the Seán Cox Rehabilitation Trust.

Roma fan Filippo Lombardi (21), from Rome, was cleared of inflicting grievous bodily harm on Mr Cox in October, though he was jailed for three years for violent disorder.

Daniele Sciusco (29), from Rome, admitted violent disorder ahead of the match and was jailed for two-and-a-half years in August 2018.